Aaron Finch said it is up to the senior Australia players to ensure the team "get out of the gates really quick" and try and win the ODI series against England. 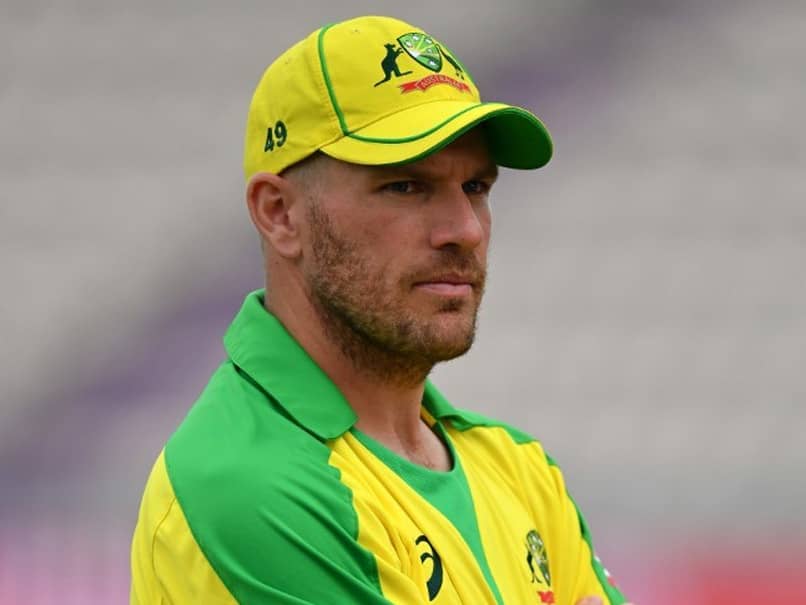 Aaron Finch said Australia have to be at theri 100 per cent best to beat England.© AFP

Ahead of the three-match ODI series against England, Australia skipper Aaron Finch on Thursday admitted that the side is still searching for their best possible formula in the 50-over format. Australia and England are slated to face off against each other in three ODIs, and this series will be a part of the ODI Super League. "It's a tough one because generally for a one-day tour you get on the ground with not a huge amount of time leading up to the series, so it's important that you start really well. Especially with two games in three days, you can't afford to have two bad days, otherwise, the series is over," ESPNcricinfo quoted Finch as saying.

"So I think having that ability to get out of the gates really quick and put a stamp on the series is really important and a lot of that lies with your senior players, no doubt, and making sure everyone's in a good space mentally as they can be. We're still searching for the best formula for us. We know that any time you play England you can't play at 90%, you have to be at 100% to beat them and we're excited about that challenge," he added.

Australia recently lost the three-match T20I series against England after coming up short in the first two matches. The visitors managed to win the final T20I to get some momentum behind them.

However, in ODIs, Australia have struggled off late as they lost each of their past four one-day series when played over three matches, and five out of six they have played since winning the 2015 World Cup.

"We're still searching for our best formula and our best 11 players day in, day out in the one-day format. I don't think there's any secret to that. There's been a great opportunity that we probably haven't nailed consistently in this format. We've played some really good cricket in patches and some indifferent cricket in other patches. I think it's important that we start to finalise our best XI and make sure of our best 15 players going forward," Finch said.

Australia have a 21-member squad for the three-match ODI series against England and Finch believes that it will all boil down how the team starts in the first ODI.

"With extended squads travelling in the near future, it's going to be important that we start to get our processes right in one-day cricket. Although we finished 2-1 down in the T20 series, I thought our process and structure was really sound, we just mis-executed in a couple of positions. We're still searching for the best formula for us. We know that any time you play England you can't play at 90%, you have to be at 100 percent to beat them and we're excited about that challenge," Finch said.

Australia and England will face off in the first ODI of three-match series on Friday at the Emirates Old Trafford Stadium in Manchester.