Days after fracturing South Africa all rounder Ryan McLaren's right arm, Australian quick Mitchell Johnson has ramped up the mind games after the Proteas saw off Zimbabwe on Thursday to confirm their place in the final at Harare Sports Club. 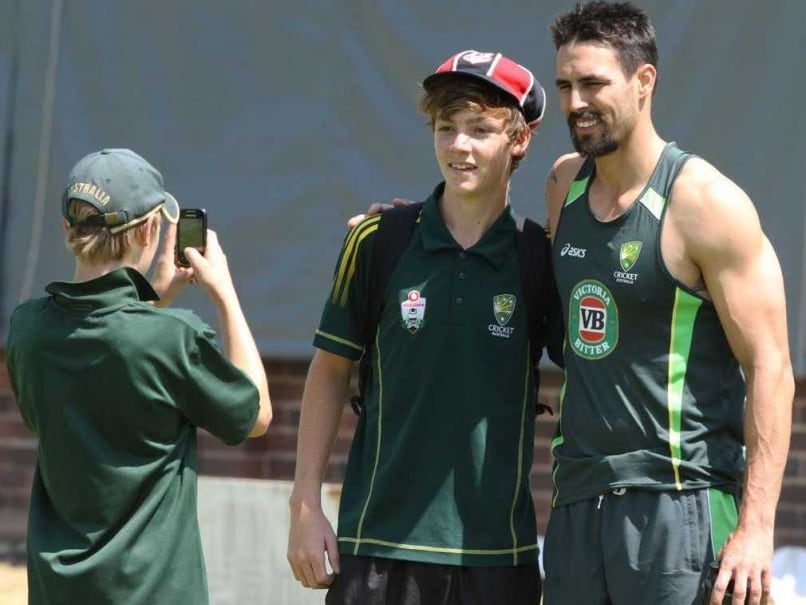 Predictability will meet adaptability when South Africa face Australia in Saturday's triangular series final in Harare - at least according to Mitchell Johnson.

Days afterfracturing South Africa all rounder Ryan McLaren's right arm, the Australian quick has ramped up the mind games after the Proteas saw off Zimbabwe on Thursday to confirm their place in the final at Harare Sports Club.

Johnson claimed that Australia can easily forecast South Africa's game plan, and suggested his own side are more versatile in the way that they go about their cricket

"We know what they're like and they're pretty structured in their ways," he said. "They like to play a certain way and they do it most times. It gets brought up in most meetings that we have, that they have that structure.

"We're ready to adapt to any conditions and we've done that in the past. We go out there and play our own game."

There is some truth in Johnson's assessment.

Australia have a middle order packed with power hitters such as Glenn Maxwell and Mitchell Marsh, who have twice seen them to scores above 325 in a tournament characterised by slow, dry pitches.

Meanwhile, South Africa's batsman tend to be more orthodox as they rely on their inherent quality - as they did when AB de Villiers and Faf du Plessis scored hundreds to chase a target of 328 in the first meeting between the two sides last week.

However, Australia's own adaptability has not always been up to the mark - most notably when they failed to get the hang of a turning pitch on Sunday and lost to Zimbabwe for the first time in 31 years.

While Australia appear to have settled on their best team since that defeat, with Steve Smith returning to provide a second spin option and Kane Richardson preferred to James Faulkner, McLaren's departure has forced South Africa to rebalance their side.

Rilee Rossouw was drafted into the team to provide an extra batsman in Thursday's victory over Zimbabwe, as Imran Tahir made way to leave Aaron Phangiso as the only specialist spinner.

"We felt it was really important to get runs on the board, which worked exceptionally well," De Villiers said of the selections.

"Saturday's obviously a different opponent. It's a possibility that we will use the same ploy. It's definitely something to talk about."

While both sides still have plenty of cricket to play before next year's World Cup - and will face each other in a five-match series on Australian soil later this year - De Villiers acknowledges that there are points to be scored in a rivalry over which no love has been lost.

"It's a make-or-break game and those are the sort of games you want to be a part of and that you want to test yourself in," he said.

"It's a great opportunity to go one-up on them before we go into that all-important series before the World Cup in Australia."

Comments
Topics mentioned in this article
Australia Cricket Team South Africa Cricket Team Mitchell Johnson Ryan McLaren Imran Tahir Mitchell Marsh Glenn Maxwell Cricket
Get the latest updates on IPL Auction 2023 and check out  IPL 2023 and Live Cricket Score. Like us on Facebook or follow us on Twitter for more sports updates. You can also download the NDTV Cricket app for Android or iOS.