Amanda Jade-Wellington's day couldn't get any better as her boyfriend proposed to her after Adelaide Strikers' win the Women's Big Bash League (WBBL). 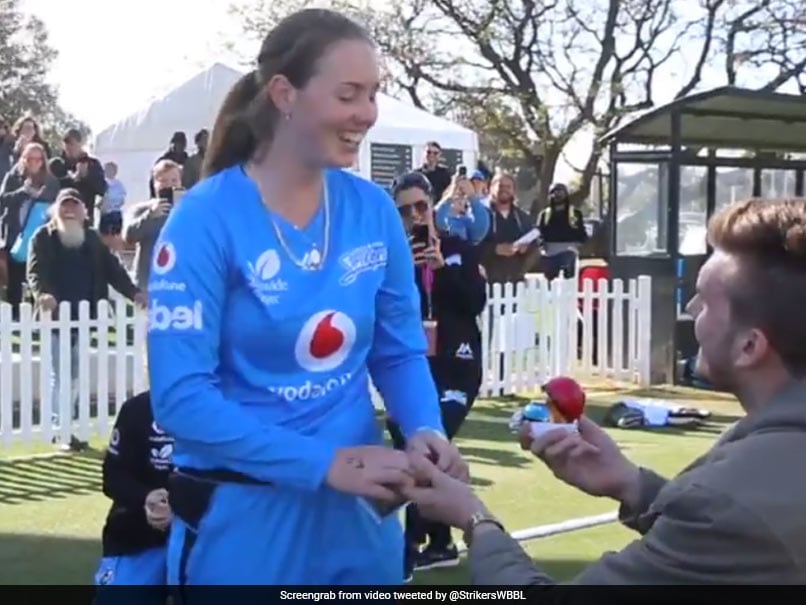 Australian leg spinner Amanda Jade-Wellington's day couldn't get any better as her boyfriend proposed to her after Adelaide Strikers' win in the Women's Big Bash League (WBBL). Amanda Jade-Wellington was surprised by her boyfriend while she was celebrating Adelaide Strikers' win over Melbourne Renegades on Saturday. Her boyfriend went down on his knees to propose her for marriage and she accepted it. Her teammates clapped and rejoiced the moment to make it even more memorable for her.

So, this just happened!!!

According to a report in adelaidenow.com.au, Wellington said she had no idea what was going on when Tayler McKechnie first appeared during the team celebration.

"When I saw him on the field, I just thought: 'Get off, we're trying to take a team photo'. I had no idea what was really happening, but I'm so happy, I'm still shaking," Wellington was quoted as saying by adelaidenow.com.au.

The report also said that, McKechnie, 23, proposed using a Pokemon card with the words: "Will you marry me?" written on it, with the ring sitting in a 'poke ball'.

Australia Women Cricket
Get the latest updates on IPL 2021, check out the IPL 2021 Schedule and Indian Premier League Live Score . Like us on Facebook or follow us on Twitter for more sports updates. You can also download the NDTV Cricket app for Android or iOS.