AUS vs NZ: David Warner and Aaron Finch put on a 124-run stand for the opening wicket in the first ODI of the three-match series but things could have been very different. 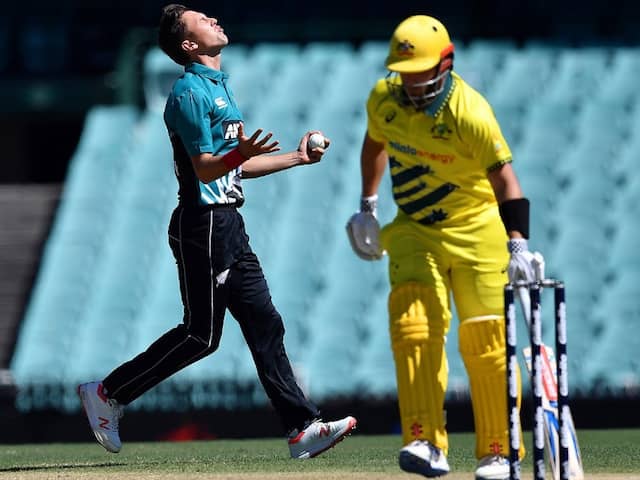 New Zealand had themselves to blame as Australia made a fine start to their innings after winning the toss and electing to bat in the opening One-Day International (ODI) at the Sydney Cricket Ground on Friday. David Warner and Aaron Finch put on a 124-run stand for the opening wicket in the first ODI of the three-match series but things could have been very different had New Zealand decided to review not one but two decisions. On both occasions, Australia captain Aaron Finch was clearly out but New Zealand skipper Kane Williamson inexplicably decided against using the DRS.

The first instance was as early as the third over. With just 9 runs on the board and 2.1 overs gone, Finch attempted a pull shot to a Trent Boult bouncer. There were appeals all around but the umpire turned it down.

The commentator clearly said "there was noise there" but Williamson, who did seem interested in the DRS decided against taking it. Replays showed a big spike on 'UltraEdge' when the ball went past the bat.

The second reprieve for Finch came during the 13th over. Batting on 23, Finch was struck on the pads by Mitchell Santner, and while the bowler clearly thought that the ball thudded into the pad first before hitting the bat, Kane Williamson was not so sure.

Another non-review from the Black Caps against Finch! #AUSvNZ pic.twitter.com/CJ0RloCket

The umpire signalled 'not out' and once again, New Zealand decided against using the DRS.

Replays showed that the ball hit the pads first with Finch late to get his bat down. Ball-tracking showed three reds, with the ball going on to hit the leg-stump.

Finch was finally dismissed on 60 off 75 balls by Santner but by that time ample damage had been done.

New Zealand did manage to pull things back with Finch, Steve Smith (14) and D Arcy Short (5) falling in quick succession.

At the time of writing this, Australia were 176 for four in 36 overs.

The Australia vs New Zealand ODI series is being played without fans due to the coronavirus pandemic.

Cricket Australia said the fate of Australia's three-match Twenty20 series in New Zealand later this month was still being considered.

Kane Williamson Australia vs New Zealand, 1st ODI Cricket
Get the latest Cricket news, check out the India cricket schedule, Cricket live score . Like us on Facebook or follow us on Twitter for more sports updates. You can also download the NDTV Cricket app for Android or iOS.