Alastair Cook was forced to miss the current three-day match against the Western Australia Chairman's XI after arriving in Perth with a stiff back following the long flight from London. 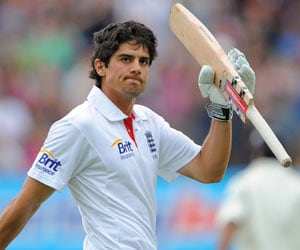 Skipper Alastair Cook has overcome back trouble and is on track to return for England's next tour game against Australia A, paceman Chris Tremlett says.

Cook was forced to miss the current three-day match against the Western Australia Chairman's XI after arriving in Perth with a stiff back following the long flight from London. (Also read: Cook wants 'big runs' from low-scoring England)

But Tremlett believes his captain will be ready to play in the four-day game against Australia A, starting in Hobart on November 6.

"By all accounts he's feeling a lot better," Tremlett said late Thursday. "I think he had a bit of a stiff back over the last couple of days.

Fast bowler Stuart Broad, star batsman Kevin Pietersen and spinner Graeme Swann were also rested from the current game, but all three are expected to feature in Hobart.

Australia, who have lost the past three Ashes series, are fighting to reverse a 3-0 defeat in England earlier this year.

The first Test starts in Brisbane on November 21.

Comments
Topics mentioned in this article
Cricket England Cricket Team Australia Cricket Team Alastair Cook Chris Tremlett
Get the latest updates on India vs Australia and check out  Schedule, Results and Live Score. Like us on Facebook or follow us on Twitter for more sports updates. You can also download the NDTV Cricket app for Android or iOS.