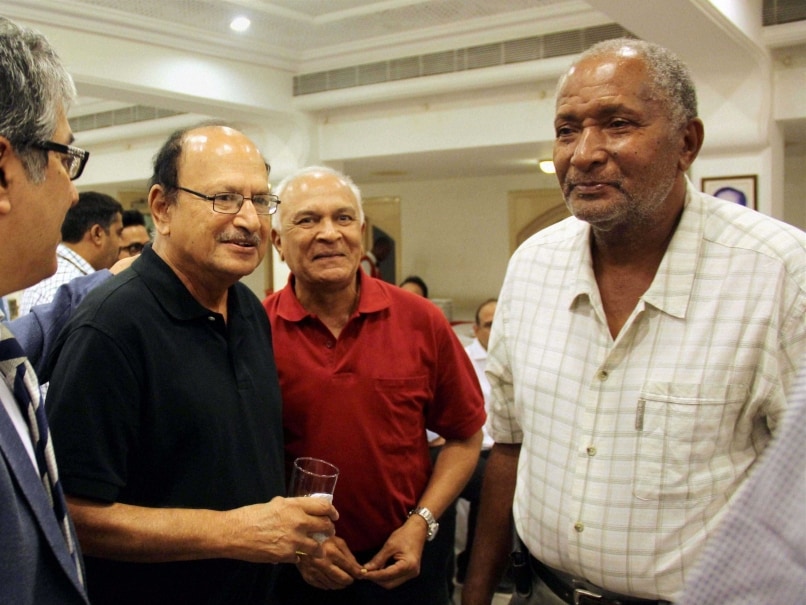 Sir Andy Roberts never played at the Cricket Club of India in his 10-year international career to enjoy a standing ovation, but he got plenty of applause on Saturday from Mumbai's cricketing fraternity at the club's CK Nayudu Hall. (West Indies Aren't Even Competing Anymore: Andy Roberts)

The otherwise reserved former West Indies fast bowler surprised everyone by the amount of cricket talk he indulged in, including Dilip Vengsarkar, who said that he had played a lot against Roberts, but never heard him speak.

Roberts also smashed some false impressions about West Indies cricket. One of them was how West Indies' very first four-pronged genuine pace attack was formed, not through skipper Clive Lloyd hunting for quick bowlers in the Caribbean but through a simple yet effective strategy.

Many believe that Lloyd didn't play a spinner after West Indies lost the Trinidad Test to India in the 1975-76 series and that it was all sheer pace after that. Not quite. Yes, Lloyd didn't play three spinners Albert Padmore, Imtiaz Ali and Raphick Jumadeen) again like he did in Trinidad, but he did use the odd spinner.

Roberts revealed that the four-man pace attack concept started in Kerry Packer's World Series Cricket (WSC). "I've heard many people say that Clive went around the Caribbean looking for fast bowlers. That is so far from the truth," said Roberts during 'An Evening with Andy Roberts' organised by Global Cricket School. "During WSC, we had four outstanding fast bowlers.

We had one or two spinners who were not good enough to make the team, hence we felt, let's play our four best bowlers, who just happened to be fast bowlers. That was the birth of the four-pronged pace bowling attack and we played together for three to four years before Colin Croft left. Then, we got Malcolm Marshall.

"But I must say that the first (quartet) was the best - Michael Holding, Joel Garner, Colin Croft and myself. We were different in approach and size. Joel presented the bounce, Michael... sheer pace, Colin presented the angle because he bowled so wide of the crease and I was the least of the lot... I presented what many people say, the brain behind the four," said Roberts with a smile.

He emphasied how tough WSC was: "Everyday you woke up, you were up against some great fast bowlers. The players who could not make the WI, Australia and World teams were put together in a team called the 'Cavaliers'. There were no pushovers in WSC. Everybody was just as good." In the West Indies section of a documentary on WSC, the presenter, referring to Roberts, exclaimed: "The bowling sensation of WSC's first summer was quick, wily and devastating... the spearhead of a truly magnificent attack."

Dwelling on the overall bench strength of WSC teams, Roberts marked out South Australian paceman Wayne Prior: "He never played Test matches but he was as quick as Lillee and Thomson. That is why we all feel that WSC was the hardest cricket we ever played."

Comments
Topics mentioned in this article
Anderson Montgomery Everton Roberts Colin Everton Hunte Croft Michael Anthony Holding Joel Garner Cricket
Get the latest updates on IND vs NZ 2021, check out the Schedule and Live Score . Like us on Facebook or follow us on Twitter for more sports updates. You can also download the NDTV Cricket app for Android or iOS.