The ECB first roped in Andy Flower as an assistant coach in 2007 and he gradually rose up the ranks to become the head coach two years later. 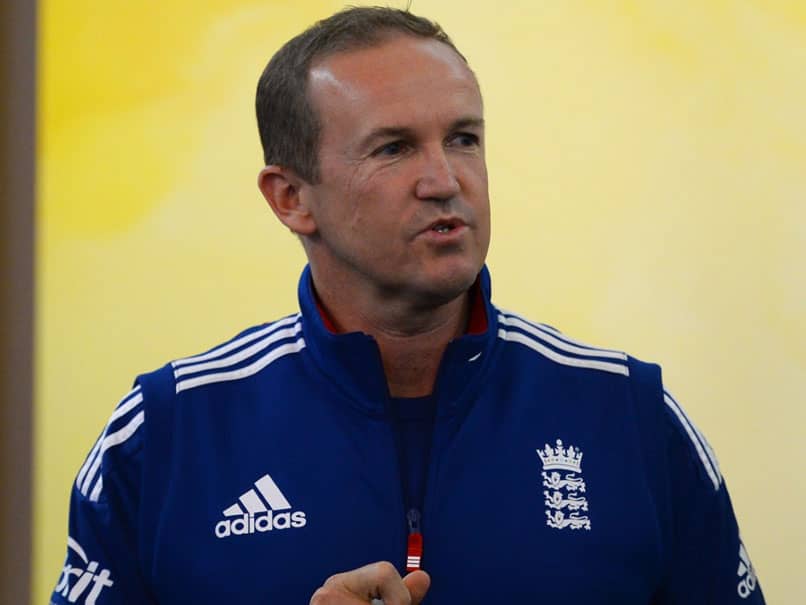 Under Andy Flower's tutelage, England became the No. 1 Test team in the World in 2011.© AFP

Former England head coach Andy Flower's association with the England and Wales Cricket Board (ECB) has come to an end after 12 long years. The ECB first roped in Andy Flower as an assistant coach to Peter Moores in 2007 and gradually rose up the ranks to become the head coach two years later in 2009. In 2014, Flower became part of the England Lions set-up. During his time in England, Flower was part of four Ashes series of which England lost only one. Under Flower's tutelage, England became the No. 1 Test team in the World in 2011.

Under him, England also won the 2010-11 Ashes in Australia and he described it as the "proud moment" of his coaching career. Flower described England's Test series win in India as a "special victory". While the above two achievements were in game's longest format, Flower rates England 2010 T20 World Cup triumph as another big achievement.

"The Ashes victory in 2010-11 stands out," said Flower. "It's difficult to win in Australia and to do it so comprehensively was a really proud moment in my coaching career. It was wonderful to watch those young men take on that challenge successfully and have a great time doing it.

"The win in India in 2012-13 was a highlight too, to overcome some great players in tough spinning conditions was a special victory.

"So was the T20 World Cup win in 2010. The way we played our cricket, with such freedom and aggression, really was fun to be part of."

Flower said it was a highlight to spend time with Graham Gooch, who invited him over as a player at Essex and later worked alongside him as England batting coach. Staff behind the scenes such as John Carr, Medha Laud and Phil Neale all got a mention too.

"I'd like to thank the captains I worked with longest, Alastair Cook and Andrew Strauss, for their commitment and friendship over the years," Flower added.

"It's been a privilege to work with all the players. Sometimes, in high-pressure environments, as a coach and a mentor you hold a very responsible position.

"You end up sharing some really intimate moments - over a beer in the dressing room, working hard together in the nets, or listening to a personal problem and helping them work through that - and it's a privilege to be able to contribute and influence these young guys' lives."

"I'm really happy for Chris that he's getting the chance to lead England and I think he's going to do a great job," said Flower. "I also want to wish Mo Bobat, the new performance director, all the best in his new role," said the outgoing coach.

England Cricket Team Andy Flower Chris Silverwood Cricket
Get the latest updates on IPL 2021, IPL Points Table , IPL Schedule 2021 , live score . Like us on Facebook or follow us on Twitter for more sports updates. You can also download the NDTV Cricket app for Android or iOS.