Bangladesh registered their biggest win by margin against Zimbabwe, eclipsing a 121-run victory in 2013 at Bulawayo. 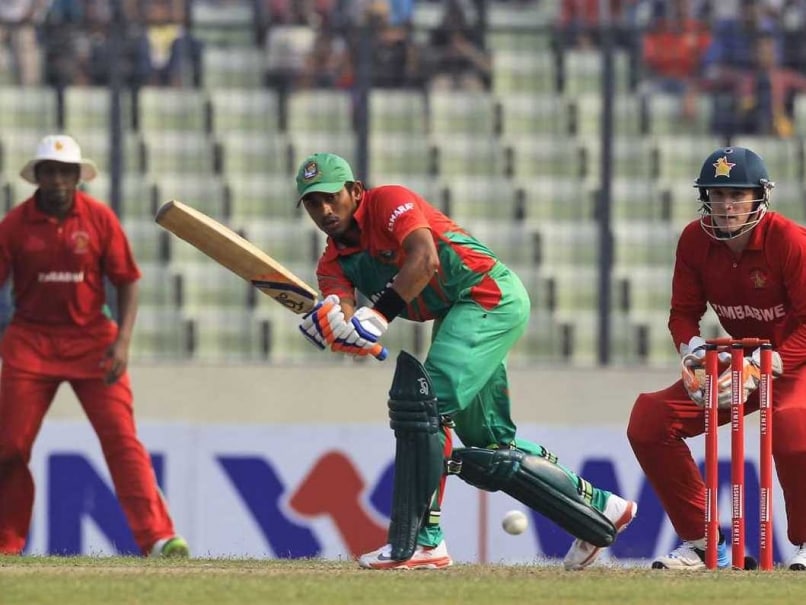 Anamul was named Man of the Match for scoring 95.© AP
Dhaka:

Bangladesh clinched the one-day international series against Zimbabwe with two games to spare after a comfortable 124-run win in the third match on Wednesday. (Scorecard)

It was Bangladesh's biggest win by margin against Zimbabwe, eclipsing a 121-run victory in 2013 at Bulawayo.

Zimbabwe was bowled out for 173 in pursuit of Bangladesh's 297-7, after sending the home side into bat.

Only captain Elton Chigumbura resisted with 53 not out. Brendan Taylor was the next best scorer with 28.

Pacers Rubel Hossain (2-22) and Mashrafe Bin Mortaza (2-24) complemented Sunny to give the side an unassailable 3-0 lead.

Zimbabwe's chase was undermined from the start, as it was 39-3 after eight overs.

Masakadza will likely feel the repercussion of an indecent reaction to the umpire's decision, after being caught behind while trying a glancing shot.

Shakib Al Hasan got the big wicket of Brendan Taylor at 82-5, closing Zimbabwe's last hope of keeping the series alive. Taylor survived some close calls early in his innings off Mortaza, and hit five fours.

Chigumbura launched a spectacular attack on the brink of the defeat, but Hossain and Sunny cleaned up tail.

Haque shared a 121-run opening stand with Tamim Iqbal, 40. Their successive century opening partnerships were a first for Bangladesh in ODIs.

Legspinner Tafadzwa Kamungozi finally claimed Haque when he was just five runs away from his fourth century. Haque, who hit nine fours in his second successive half century in the series, was out when he pulled to clear deep midwicket, and didn't clear it enough.

Shakib and Rahim added 72 off just 48 balls to keep the run-rate up, before the former gifted his wicket, attempting to pull fast bowler Tinashe Panyangara.

Panyangara also dismissed Rahim with a fuller length delivery to bring the side back in contention at 244-5, but only for a while.

Mahmudullah and Sabbir Rahman, 22, piled on 46 runs in five overs.

Panyangara was the most successful bowler for Zimbabwe with 2-54. Occasional bowler Hamilton Masakadza, Kamungozi, and medium-pacer Neville Madziva picked up one wicket apiece.

Comments
Topics mentioned in this article
Bangladesh Cricket Team Zimbabwe Cricket Team Anamul Haque Arafat Sunny Cricket
Get the latest updates on IPL Auction 2023 and check out  IPL 2023 and Live Cricket Score. Like us on Facebook or follow us on Twitter for more sports updates. You can also download the NDTV Cricket app for Android or iOS.