The members of the Indian team, with a large gap between the recently-concluded World Test Championship final and the upcoming Test series with England, are enjoying some quality time with their kids. 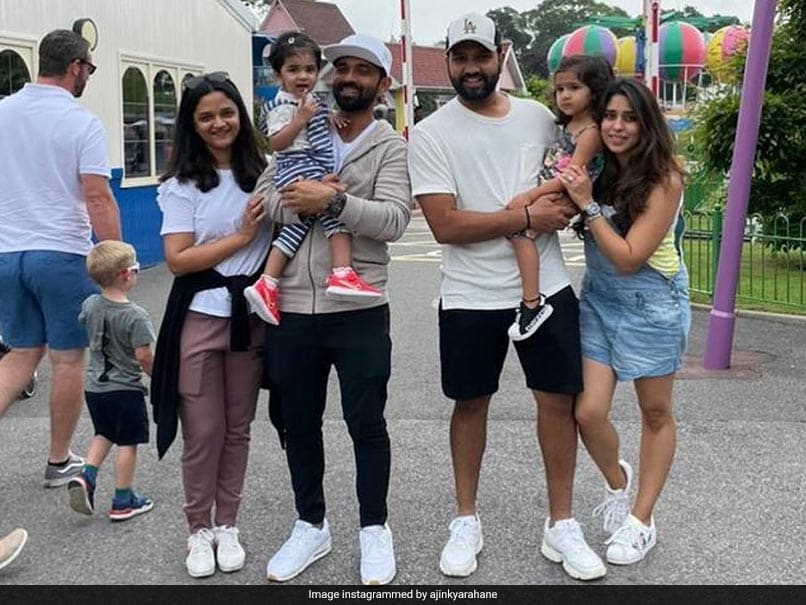 India's Test and limited-overs vice-captains -- Ajinkya Rahane andRohit Sharma -- are enjoying some quality time with their kids in the UK ahead of their five-match Test series against the Joe Root-led England. On Monday, Rahane shared a snap on his Instagram with his wife, Radhika Dhopavkar, and their daughter, Aarya. He captioned the photo, "Baby's having their day out after quite some time indoors!" The photograph also featured Rahane's India teammate Rohit Sharma, his wife, Ritika Sajdeh, and their daughter, Samaira.

Their fans were happy to see the cricketers in a single frame and shared their delight in the comments section. At the time of the writing, the post had garnered over 390k likes on the photo- and video-sharing application.

Team India cricketers are currently enjoying a three-week break after the conclusion of the World Test Championship(WTC) final against New Zealand.

Team India will return to action on August 4, when they will face England in the five-match Test series.

Ajinkya Rahane Cricket
Get the latest updates on ICC Women's Cricket World Cup 2022 and IPL 2022, check out the Schedule , Live Score and IPL Points Table. Like us on Facebook or follow us on Twitter for more sports updates. You can also download the NDTV Cricket app for Android or iOS.