Mithun Manhas will leave Delhi after playing with them for 17 years. 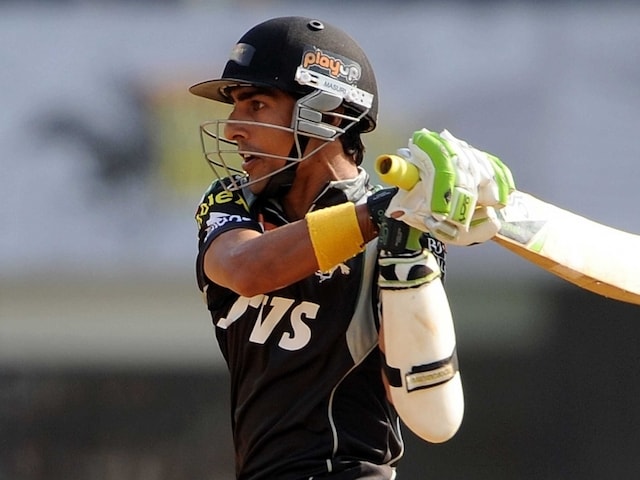 File photo of Mithun Manhas playing for Pune Warriors in the IPL.

It is learnt that Manhas, who will soon turn 36, has decided to apply for an NOC from Delhi, which is required to apply for inter-state transfer as he will be playing for another state as a professional.

"Yes, I have decided to leave Delhi and play for another state this season. I have already applied to Delhi & Districts Cricket Association (DDCA) for NOC. There are a few offers in the pipeline but at this point of time, I will not be able to reveal where I am going. May be in another couple of days time, I will be able to tell you," Manhas told PTI when asked about his departure from Delhi.

Manhas has been a Delhi giant for close to a decade and a half as he shouldered the burden of state team's batting in the absence of Virender Sehwag, Gautam Gambhir and Virat Kohli, who have been away on national duty during various phases.

He was also the captain of the North Zone team that won Duleep Trophy in the 2006-07 season. He has also played for India A, India Green in the NKP Salve Challenger Series. He also scored close to 1000 runs (921 runs) in the 2007-08 season when Delhi won the Ranji Trophy under Gautam Gambhir.

DDCA top official Chetan Chauhan said that they have no objection to either of Sehwag and Manhas leaving Delhi and plying their trade for some other state.

"We have received application for NOC from Sehwag and Manhas. The DDCA will certainly grant them NOC as we have no problems if they want to play for another state," Chauhan said.

The DDCA wants to infuse fresh blood in their line-up with a few players like right-hander Milind Kumar, left-hander Mohit Sharma not getting enough chances in the past few years.

It is still not clear as to who among current skipper Gautam Gambhir or former captain Rajat Bhatia will be leading the team in the upcoming domestic season. If the seniors decline to take the offer, it can be young India A limited overs captain Unmukt Chand, who will be entrusted with the duty of leading the side.

Comments
Topics mentioned in this article
Mithun Manhas Virender Sehwag Cricket
Get the latest Cricket news, check out the India cricket schedule, Cricket live score . Like us on Facebook or follow us on Twitter for more sports updates. You can also download the NDTV Cricket app for Android or iOS.