Afghanistan slipped from none for 53 to stare down the barrel, losing seven wickets for 56 runs in a dramatic collapse. 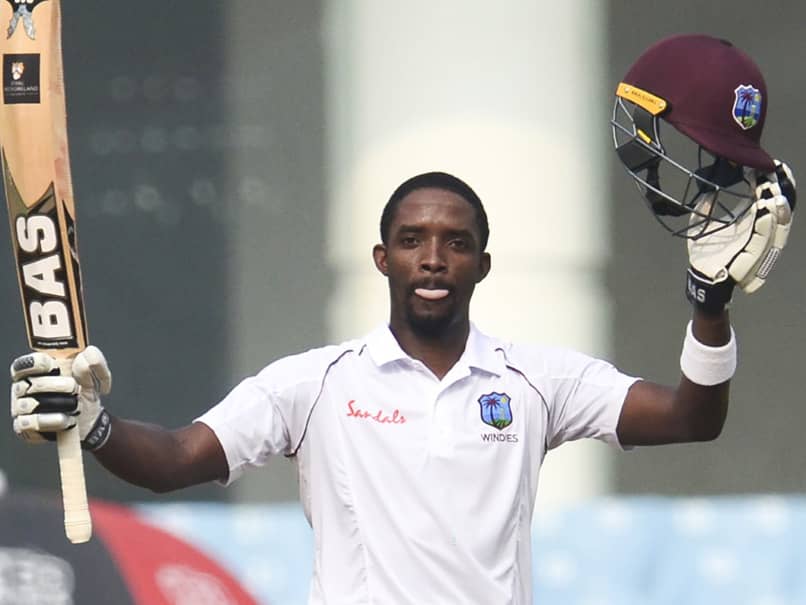 A maiden Test century by Shamarh Brooks and wily spin bowling put the West Indies in firm command of their one-off Test against Afghanistan on Thursday. Brooks made 111 as West Indies managed a lead of 90 after they were 277 all out in the second session of day two in the northern Indian city of Lucknow, which has been hit by heavy air pollution over the past month. Spinners Rakheem Cornwall and Roston Chase then took three wickets each to leave Afghanistan tottering at 109 for seven at stumps on day two. The Afghans lead by just 19 runs in their second innings.

Opener Javed Ahmadi made 62 before falling to Chase's off spin on the final delivery of the day dominated by West Indies, who resumed on 68 for two in response to Afghanistan's 187.

Afghanistan slipped from none for 53 to stare down the barrel, losing seven wickets for 56 runs in a dramatic collapse.

"Once they were 50 for no loss, we thought we had to hang in there and get one wicket and you never know," Brooks said at the end of day.

The 26-year-old Cornwall, who returned figures of 7-75 with his off spin on day one, struck in three successive overs.

He trapped Ibrahim Zadran for 23 after a brisk start by the Afghan openers and then got Rahmat Shah and Asghar Afghan back in the pavilion for scores of zero.

Air quality in Lucknow was poor, with the local measure for PM 2.5 particles -- the fine particles of dust that can penetrate lungs and pass into the bloodstream -- at 11 times the World Health Organization safe limit.

But Brooks, who started the day on his overnight score of 19, seemed undaunted as he piled on the runs without getting much support from his fellow batsmen.

He was finally bowled by debutant spinner Amir Hamza who took five wickets.

Brooks was involved in two crucial partnerships including an 82-run third-wicket stand with overnight partner John Campbell, who made 55.

Playing just his third Test after making his debut against India in August, he also put together 74 runs with Shane Dowrich, who made 42.

"Always a good thing to get a Test century in my career. I just raised my hand for the team today. I thought today was much harder than yesterday," said Brooks.

"The idea was to keep Rashid out as much as possible, and keep picking it off."

Amir combined with skipper Rashid Khan to mop up the tail as the umpires called for early tea.