Bengal skipper Abhimanyu Easwaran tested positive for COVID-19 and has been quarantined for the next two weeks rendering him doubtful for CAB's inaugural Bengal T20 Challenge, starting November 24. 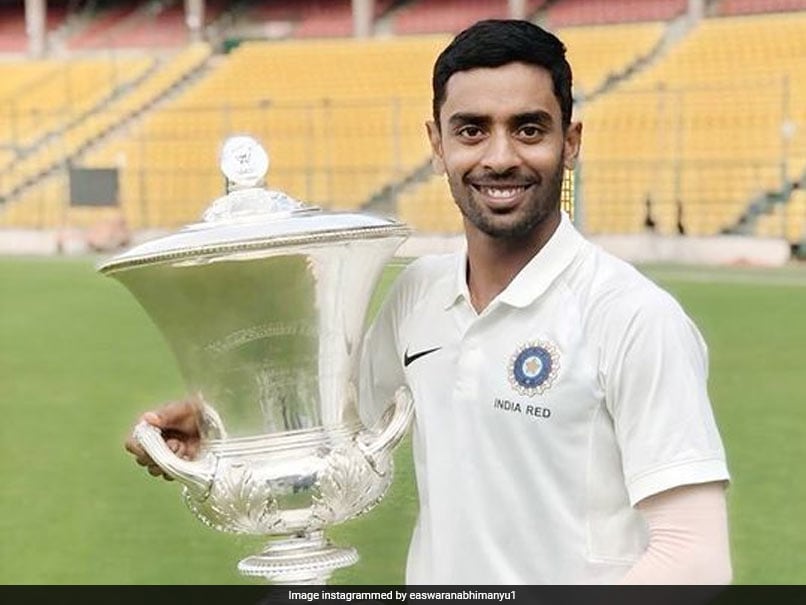 Bengal skipper Abhimanyu Easwaran, was on Wednesday tested positive for COVID-19and has been quarantined for the next two weeks rendering him doubtful for CAB's inaugural Bengal T20 Challenge, starting November 24. Easwaran, primarily a longer format player, was set to represent East Bengal in the six-team T20 event but a two week isolation means that it is highly unlikely that he would take part unless his team reaches final.

"He underwent a mandatory COVID-19 test and was found positive. He is however asymptotic. He is now quarantined and under the treatment of medical panel of CAB," CABjoint-secretary Debabrata Das said in a media statement.

Easwaran had joined Bengal's pre-season training a few days back.

Comments
Topics mentioned in this article
BEN Abhimanyu Easwaran Cricket
Get the latest updates on Olympics 2020, Olympics 2020 Medal Tally, Live Cricket Score . Like us on Facebook or follow us on Twitter for more sports updates. You can also download the NDTV Cricket app for Android or iOS.