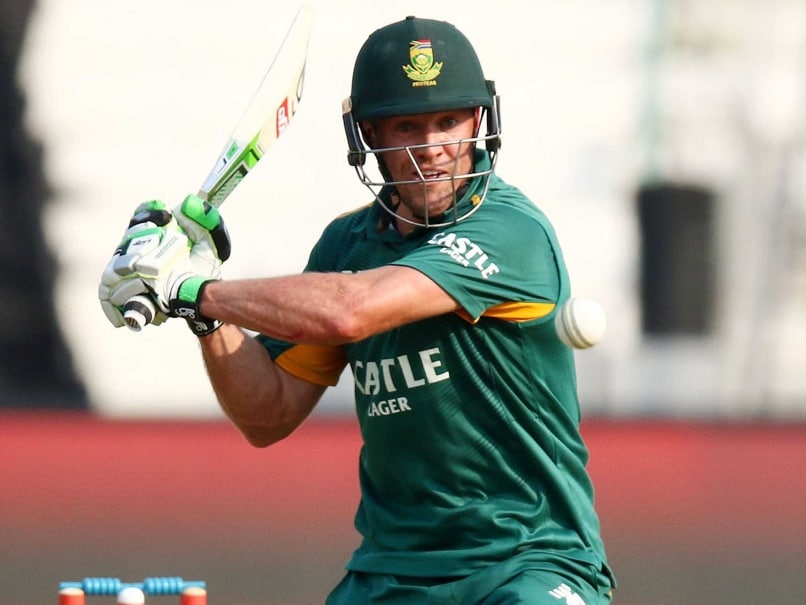 AB de Villiers is considered one of the greatest cricketers of the current era.© AFP
Johannesburg:

Proteas' ODI captain AB de Villiers has taken the top spot on a list of South African celebrities with the greatest number of Twitter followers. (AB de Villiers is a Superman: Sunil Gavaskar)

The inaugural list was compiled by media company BlackSmokeAgency, which hopes to research it regularly.

De Villiers' 2.68m followers narrowly beat those of renowned South African comedian Trevor Noah, who recently took over a top TV show in the US.

All the other positions in the top 10 list were held by people from the music, TV and radio industry. Commentators here said the dominance of cricketers in the list showed that the public gave them a celebrity status equal to that of people in the local entertainment industry.

The absence of players from any other sport also confirmed the popularity of cricket in South Africa.

Comments
Topics mentioned in this article
AB de Villiers Cricket
Get the latest updates on Fifa Worldcup 2022 and check out  Fifa World Cup Schedule, Stats and Live Cricket Score. Like us on Facebook or follow us on Twitter for more sports updates. You can also download the NDTV Cricket app for Android or iOS.