AB de Villiers, who has been out of action for six months owing to an elbow injury, will regain the captaincy from Faf du Plessis 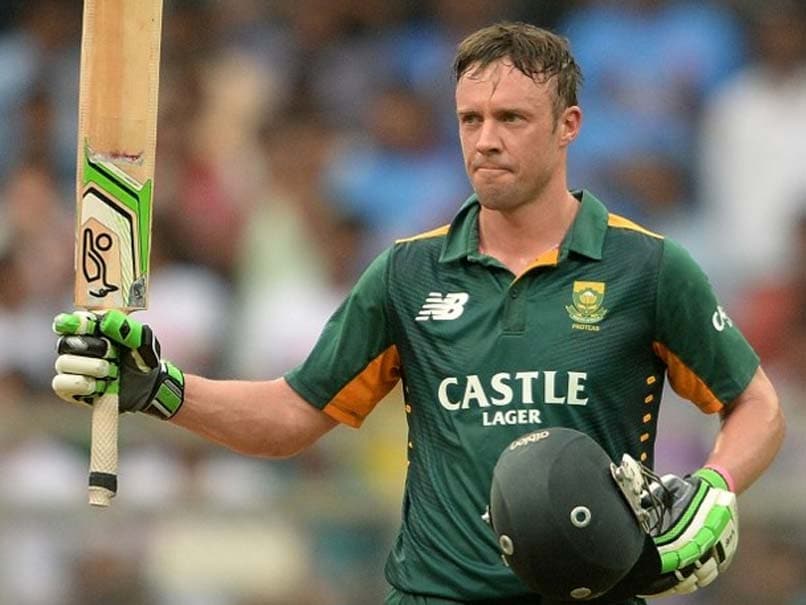 AB de Villiers had been out of action due to an elbow injury.© AFP

South Africa's batting talisman AB de Villiers has returned the country's One-Day International (ODI) squad as captain for the five-match series against Sri Lanka starting in Port Elizabeth on Saturday. De Villiers, who has been out of action for six months owing to an elbow injury, will regain the captaincy from Faf du Plessis, who had been the skipper in his absence, and had famously led the Proteas to a 5-0 clean sweep series win over Australia in a five-match series in October last year.

De Villiers will make his international comeback in the third and final Twenty20 international against Sri Lanka in Cape Town on Wednesday before resuming his one-day international career. He had last played an ODI in June 2016, prior to sustaining the elbow injury.

Also back in the one-day squad after a long injury lay-off is all-rounder Chris Morris. Fast bowler Lungi Ngidi is the only newcomer to one-day internationals after taking six wickets in the first two Twenty20 internationals.

Fast bowlers Dale Steyn and Morne Morkel were not considered because of injury. Steyn continues his recovery from a shoulder surgery, while team-mate Morkel is still sidelined with a back injury.

Comments
Topics mentioned in this article
Cricket South Africa Cricket Team Sri Lanka Cricket Team AB de Villiers Faf du Plessis
Get the latest updates on India vs South Africa and check out  Schedule, Results and Live Score. Like us on Facebook or follow us on Twitter for more sports updates. You can also download the NDTV Cricket app for Android or iOS.