Upon returning to the dressing room, Shikhar Dhawan was advised by the team doctor for a check-up as the Delhi southpaw was complaining of pain, it was learnt 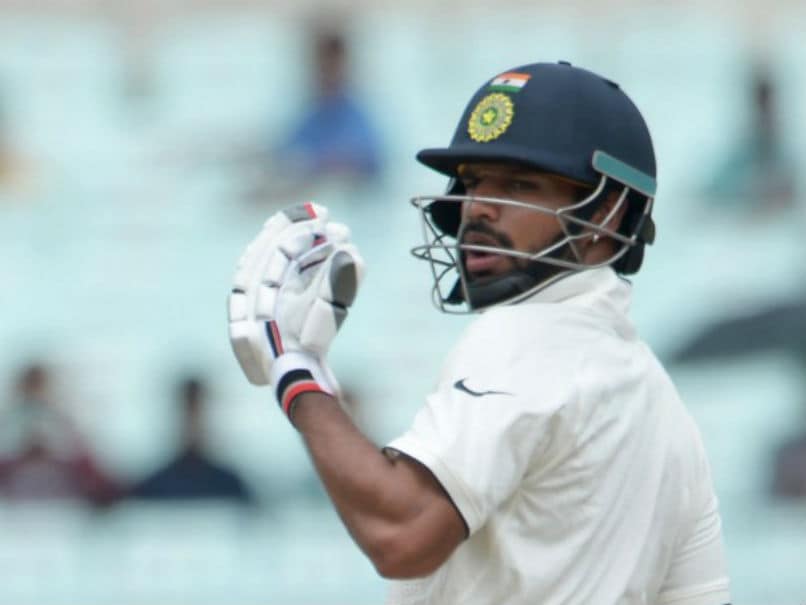 Shikhar Dhawan reacts after hurting his thumb during India's 2nd innings in the Kolkata Test.© AFP

India opener Shikhar Dhawan, who got hit on his left thumb by a Trent Boult bouncer in the third over of India's second innings on Sunday, was taken to a city hospital for x-ray.

Dhawan got out for 17 adjudged leg before wicket to Boult leaving India tottering at 34/3 in the 11th over. Upon returning to the dressing room, the team doctor advised him for a check-up as the Delhi southpaw was complaining of pain, it was learnt.

"He was at the hospital for five minutes roughly. The x-ray report is yet to come. There is some doubt whether he will be able to take the field," a source close to the development said.

Before the hit on his thumb, Dhawan also picked up a knock on his shoulder, hit by another Boult delivery.

It was learnt that he could be out of action for three weeks.