Off-spinner Nathan Lyon was the hero as Australia beat Bangladesh by seven wickets in the second and final Test in Chittagong to level the series at 1-1 on Thursday. 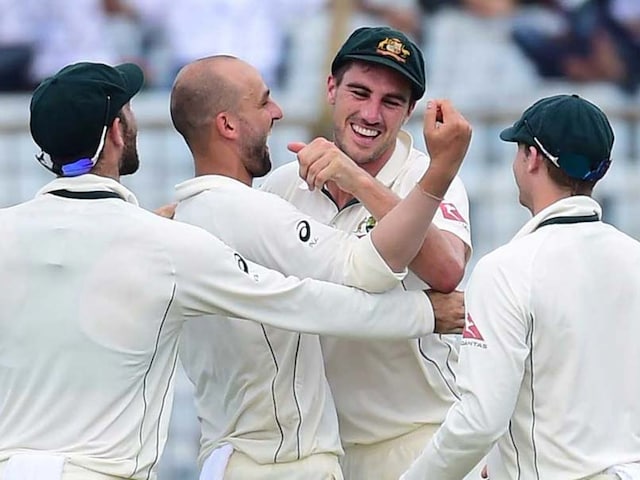 Off-spinner Nathan Lyon  spun Australia to a series-levelling win over Bangladesh on Thursday with a 13 wicket match-haul in the second and final Test. Chasing 86 for victory on a deteriorating Chittagong pitch, the visitors lost their top three batsmen before completing a seven-wicket win in the final session of the fourth day. Glenn Maxwell, who hit the winning six to take his score to 25, and Peter Handscomb, on 16, made sure Australia bounced back from their loss in Dhaka last week.

But off-spinner Lyon set up the win for the Steve Smith-led side after returning career-best match figures of 13-154.

Lyon claimed 6-60 to dismiss Bangladesh for 157 in their second innings.

The hosts lost their grip after bowling out Australia for 377 in their first innings without adding a run to the overnight total.

Bangladesh skipper Mushfiqur Rahim managed a top score of 31 off 103 balls. But none of the other batsmen could cope with a pitch that brought joy to Lyon.

Bangladesh started the day on a high, dismissing number 11 batsman Lyon in the second over of the day.

But Lyon returned to pick up regular wickets as Bangladesh slipped to 83-5 at lunch.

A 54-run sixth-wicket stand between Mushfiqur and Sabbir Rahman steadied the innings briefly but an unrelenting Lyon got Sabbir stumped for 24.

Mushfiqur fell to fast bowler Pat Cummins after being caught behind, leaving his side in dire straits.

Mominul, who made a 61-ball 29, became Lyon's fifth victim of the innings.

Cummins and Steve O'Keefe, who combined with Lyon to wipe off the tail in the final session of play, took two wickets each.