England were cruising on the second day of the second Test while left-handed openers Lyth (107) and skipper Cook (75) were sharing a first-wicket stand of 177. 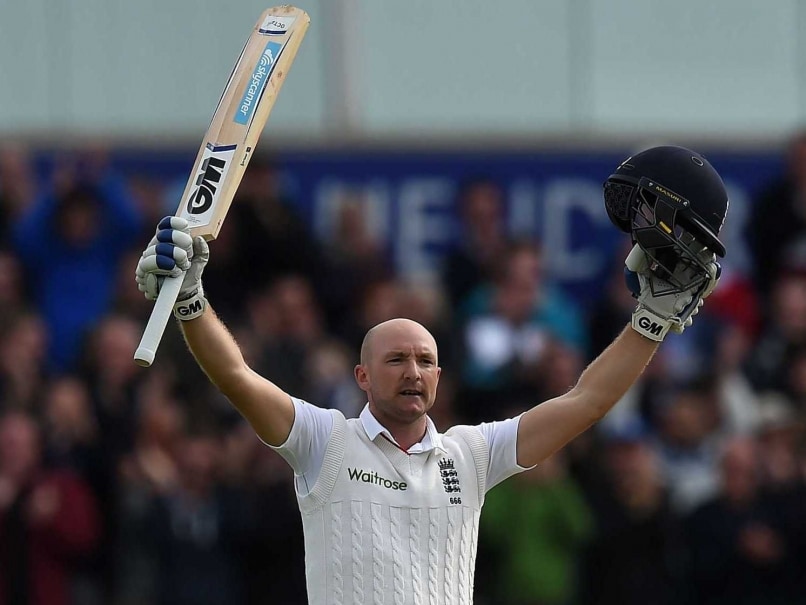 England were cruising on the second day of the second Test while left-handed openers Lyth (107) and skipper Cook (75) were sharing a first-wicket stand of 177.(Scorecard)

But the departure of Lyth, needlessly run out shortly before the advent of the new ball, sparked a slump that saw four wickets fall late in the day.(Cook Goes Past Gooch)

The new ball saw left-armer Boult take two wickets for 10 runs in four overs and Southee one for seven, also in four overs.

Lyth, 27, was Cook's sixth opening partner since the retirement of former captain Andrew Strauss, with Nick Compton, Joe Root, Michael Carberry, Sam Robson and Jonathan Trott all given a chance in the problem position.

However, Lyth went some way to making the berth his own ahead of the Ashes series starting in July.

Saturday saw England's first century opening stand in a home Test since Cook and Strauss added 186 against India at Edgbaston on 2011.

Lyth had managed just seven and 12 on debut during England's 124-run win in the first of this two-Test series at Lord's.

But he was far more assured back in familiar surroundings, although he did have several 'nervous nineties' moments.

On 90, he almost played on to Southee, kicking fresh air, as he tried to boot the ball away from danger. In fact, the ball hit the stumps but didn't dislodge either bail.

Lyth was on 94 when his drive against off-spinner Mark Craig appeared destined for mid-on.

But substitute fielder Neil Wagner went the wrong way as the ball flew past him for a four that took Lyth to 98.

Two balls later, Lyth had his century when a slog-swept boundary off Craig saw him completed a 188-ball hundred, including 14 fours.

Earlier, Cook overtook Gooch's previous England record of 8,900 Test runs when he square-drove Southee for four that gave him the score of 32 he needed to surpass his mentor's mark.

The economical Craig removed Cook, although it needed a New Zealand review to have the skipper lbw after he missed an intended sweep.

Cook batted for nearly four hours and faced 187 balls including a dozen boundaries.

Then a mix-up between the Yorkshire pair saw of Lyth and Gary Ballance saw the former run out when debutant wicket-keeper Luke Ronchi gathered Boult's low throw from point.

It was the end of Lyth's near five-hour knock.

Ballance (29) was then bowled by a full length delivery from Boult and then Southee had another Yorkshireman in Joe Root (one) well caught by Ronchi off a superb outswinger that moved away late.

Ben Stokes had been England's hero at Lord's with innings of 92 and 101.

But he had made just six on Saturday when he played away from his body at a Boult delivery and second slip Craig held a sharp catch above his head.

England were now 247 for five.

New Zealand, who resumed on 297 for eight, thrashed 53 runs in just 7.1 overs on Saturday before they were bowled out.

Stuart Broad took the last two wickets to fall, finishing with five for 109 in 17.1 overs.

Comments
Topics mentioned in this article
England Cricket Team New Zealand Cricket Team Adam Lyth Graham Alan Gooch Cricket
Get the latest updates on ICC Women's Cricket World Cup 2022 and IPL 2022, check out the Schedule , Live Score and IPL Points Table. Like us on Facebook or follow us on Twitter for more sports updates. You can also download the NDTV Cricket app for Android or iOS.