Teenager Hasaranga took a hat-trick on his international debut as Sri Lanka avenged their loss in the first ODI. 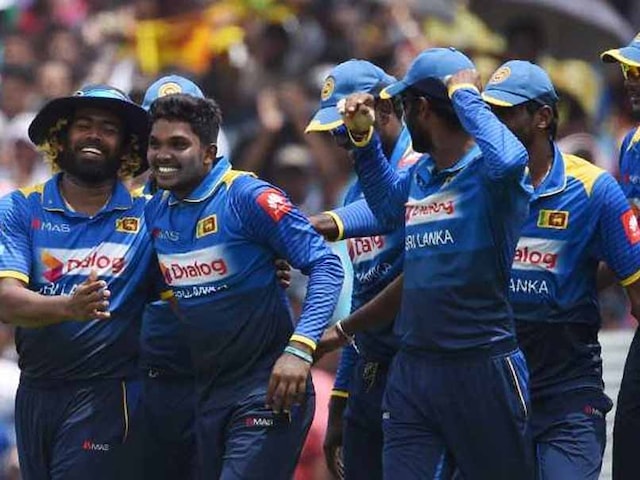 Teenager Hasaranga took a hat-trick on his international debut.© AFP

Teenager Wanidu Hasaranga took a hat-trick on his international debut as Sri Lanka crushed Zimbabwe by seven wickets in the second one-day international in Galle on Sunday. Sri Lanka bowled out Zimbabwe for 155 and then reached 158-3 in 30.1 overs, thanks to Upul Tharanga's unbeaten 75-run knock.

The 19-year-old Hasaranga, one of three changes made after Sri Lanka lost the first ODI by six wickets on Friday, bowled only 16 balls but tore through Zimbabwe's tail. Lakshan Sandakan also took four wickets.

Malcolm Waller hit Hasaranga for four but was bowled the next ball going for another big hit. The teenager then snapped up Donald Tiripano and Tendai Chatara with googlies.

The first bowler to take a hat-trick on debut was Bangladesh's Taijul Islam against Zimbabwe in 2014, while South Africa's pacer Kagiso Rabada became the second player to achieve the feat against Bangladesh in Mirpur in 2015.

However, young Hasaranga became the youngest to achieve this feat.

Zimbabwe looked rocky from the start. Solomon Mire, who scored his maiden one-day century in Friday's win, was out for zero after facing just five balls.

Hamilton Masakadza scored a patient 41 and Waller hit out for his late 38. But Zimbabwe never got to grips with Sri Lanka's spinners.

"We thought the wicket was a little bit different. Maybe 230 would have been a good score," said Zimbabwe captain Graeme Cremer. "It was just one of those days."

Zimbabwe could have worries over bowler Tendai Chatara before the third of the five internationals on Thursday in Hambantota. Charata walked off with a suspected knee injury.

The two sides will also play a Test during Zimbabwe's tour.