IND vs AUS: KL Rahul said that the ODI series against Australia was a learning curve for India's bowlers to adapt quicker to different conditions. 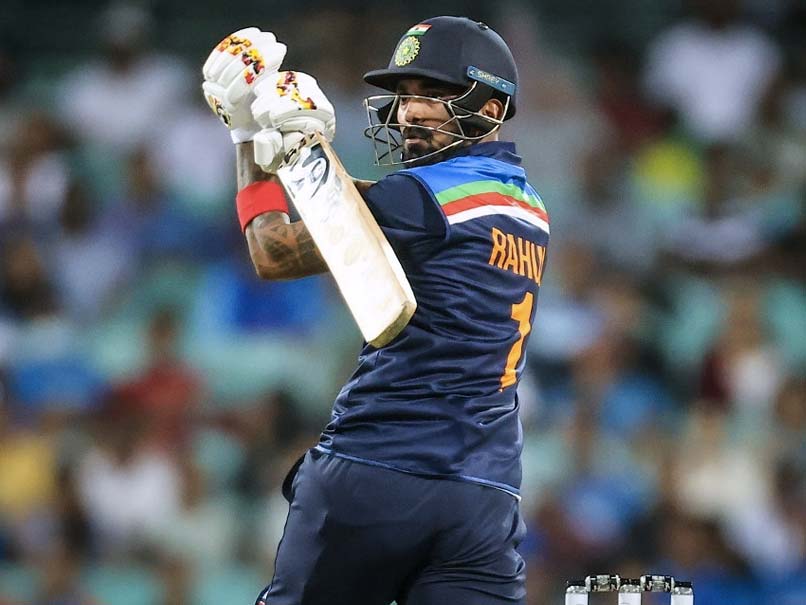 AUS vs IND: KL Rahul scored 76 runs off 66 balls in the second ODI against Australia.© AFP

Backing his struggling bowlers to the hilt, India's vice captain KL Rahul on Sunday said that Jasprit Bumrah and Co. have endured hard lessons in adapting to conditions so far and it is not a surprise that wickets have been hard to come by on batting-friendly Australian tracks. The Indian bowlers, who did exceedingly well in the IPL before landing in Australia, have bled runs in the first two ODIs, letting the hosts run away with a decisive 2-0 series lead in the three-ODI series.

The ever-reliable Bumrah and the fiery Mohammed Shami have been made to look quite ordinary by the home team batsmen, who have scored at will.

"I would not agree when you say they are struggling. It's different conditions, different format. It's learning for us to sit back and think of how to do better when playing on such good batting wickets," Rahul said at the post-match press conference after India lost the second ODI by 51 runs.

"In white-ball cricket, it is vital to get wickets regularly, then only you can keep the run-rate under check...We have to find (our) mantra to get wickets and the batting unit has to think about how to stretch the 30-40-run partnerships," he assessed.

Rahul said Australian bowlers could do well because of the familiarity with the conditions.

"We did not adapt quick enough. it's a learning curve for the bowling group to adapt quicker."

Asked if it's just a bad phase for Bumrah, who struggled even in New Zealand earlier this year, Rahul said the speedster will come back strongly.

"We all know Jasprit is very fiery and competitive on the field. He means a lot to this set up, we know the value of Jasprit. It's about time that a champion player comes back and delivers and gets wickets for us."

"In New Zealand and Australia, the wickets are too good to bat, you will see that bowlers will not get wickets, that's acceptable."

The team has already the lost the series but Rahul said it has not affected the dressing room morale.

"The mood in the camp is still very positive, Sometimes, as a team you can learn to accept that the opposition played better cricket. It's home conditions for them. Quite honestly, we played 50-over cricket after a long, long time," Rahul said.

"We are doing lot of things right, we just need to learn how to bowl better on such beautiful batting wickets. Not a lot that we have done wrong, we need to get better with skills and execution," he said.

Both the sides have dropped a number of catches and there have been several instances of poor fielding. Rahul said it could be because the game is being played before noisy crowds after a long time.

Fans have returned to the stadium for the first time, in the ongoing series, after being totally barred eight months ago because of the global COVID-19 threat.

"It happens. I stay behind the wickets but I can tell you by my experience that when you play before crowd after a long time, it is slightly difficult to pick balls and it was quite windy too."

Australia opener David Warner suffered an injury during Sunday's game and Rahul wished that he does not figure in the remaining matches of the tour.

The opener has struck back-to-back half centuries so far.

"It will be nice if he gets injured for a long time. I would not wish that for any player but he is their main batsman, it will be good for our team," he said.