Soon after his victory on Wednesday, Saurav Ghosal was seen in tears. The player started weeping while the crowd behind him kept applauding him for achieving the feat. 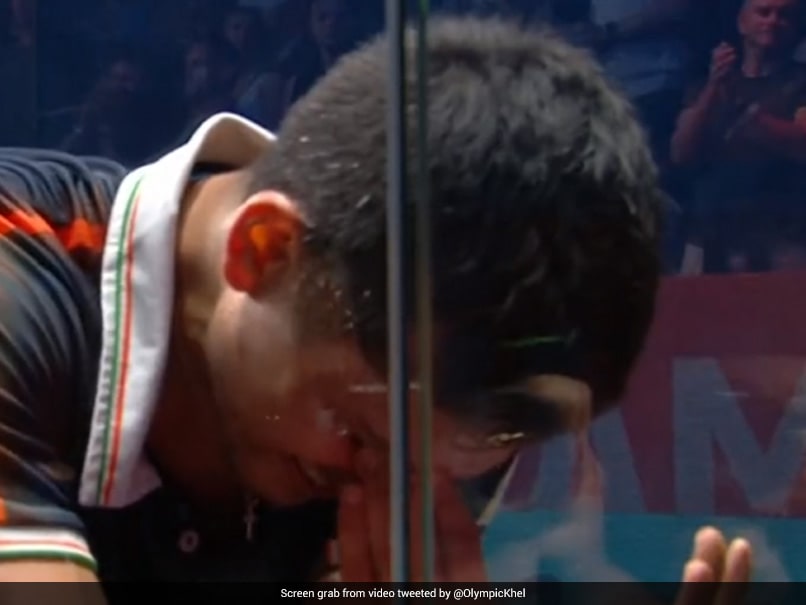 Saurav Ghosal created history on Wednesday by winning India's first ever singles medal in squash at the Commonwealth Games. The world number 15 defeated England's James Willstrop 11-6, 11-1, 11-4 in the bronze play-off match to achieve the feat. It is worth noting that Ghosal was earlier outplayed by New Zealand's Paul Coll in the men's singles semifinals on Tuesday. While India wrote history with the bronze medal of Ghosal, it was the player's second medal in the history of the event. He had won a mixed doubles silver with Dipika Pallikal in the 2018 edition that took place in Gold Coast, Australia.

Soon after his victory on Wednesday, Ghosal was seen in tears. The player started weeping while the crowd behind him kept applauding him.

That first medal is always special...

"I'm very very happy, it's a historic day for Indian squash. To be able to do this against a player of this calibre is very special. I'm happy that after all these years I have been able to win this," Ghosal said.

"This was one - a CWG singles medal - that was missing from my collection and I have played three CWGs before and to be able to pull through in my fourth attempt is even more special. I had to wait for so long," he added.

The 35-year-old Ghosal bagged the first game quite comfortably against home favourite Willstrop and extended his domination by winning the second game by a bigger margin to place himself within striking distance of scripting history.

He also won the third game without much difficulty.

Comments
Topics mentioned in this article
CWG 2022 Squash Saurav Ghosal Social
Get the latest updates on IPL Auction 2023 and check out  IPL 2023 and Live Cricket Score. Like us on Facebook or follow us on Twitter for more sports updates. You can also download the NDTV Cricket app for Android or iOS.