Shreyasi Singh shot 96+2 in the final. 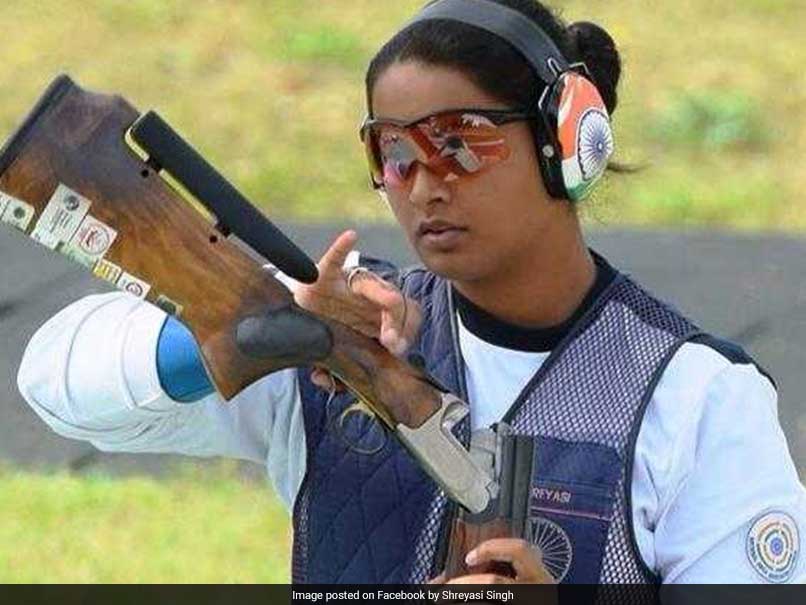 India shooter Shreyasi Singh produced a brilliant shot to beat Australia's Emma Cox to clinch a gold medal in women's double trap event in the Commonwealth Games in Australia on Wednesday. Shreyasi shot 96 and was tied with Cox in the final round and claimed the top honours in style by beating the Australian in the shoot-off at Belmont Shooting Centre. The Indian shooter, who won a silver in Glasgow in 2014, shot 96+2 in the final. While Cox won a silver, Scotland's Linda Pearson claimed bronze.

Other Indian in the fray, Varsha Varman finished fourth in the event. She missed out on a bronze medal by one point, scoring a total of 86.

The 26-year-old Shreyasi, thus, improved on her silver medal-winning effort at the Glasgow Games four years ago.

Recently, she won a silver medal in the double trap event at the 2017 Commonwealth Shooting Championships.

Shreyasi had represented the country in two events at the 2010 Delhi Commonwealth Games Delhi but failed to win a single medal.

The Delhi-born Shreyasi won the individual silver medal in double trap in Glasgow and followed that by winning a bronze medal at the 2014 Asian Games in Incheon.

Comments
Topics mentioned in this article
Shooting CWG 2018 India
Get the latest updates on India vs England Series, India vs England , live score and IPL 2021 Auction . Like us on Facebook or follow us on Twitter for more sports updates. You can also download the NDTV Cricket app for Android or iOS.