Zaheer Khan, who represents Mumbai Indians in the Indian Premier League and Champions League T20, still holds the ambition of playing for India in the ICC World Cup 2015. 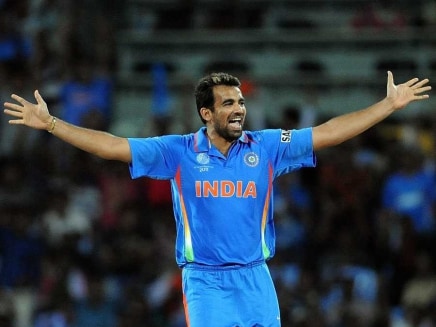 Recovering from a muscle injury, veteran pacer Zaheer Khan is eyeing a comeback to competitive cricket for Mumbai Indians during Champions League T20 in early October, even though he was non-commital about his chances of making it to the World Cup squad in 2015. (Ishant should spearhead Indian bowling attack in England, says Zaheer)

"The World Cup is a special tournament and it is everyone's dream to be part of the Indian team. But it is still a long way away. Right now, am I fit to bowl? I am not. Things will unfold for me. The Champions League T20 is the first step towards proving I am fit and on top of my game," the 35-year-old told ESPN Cricinfo.

Zaheer revealed that the kind of injury he has sustained is rarest of rare. "I have a tear in the tendon in a lateral muscle on the left side. Because it is a tendon injury it takes its own time to heal. I am told I am only the second bowler to get this kind of an injury. I am right now working on recovering, strengthening and fitness. The timeline given to me was about ten to 12 weeks from the date of injury. Right now I have finished six weeks," the left-arm seamer said.

The Mumbai pacer said it will take him atleast another month before he starts bowling at the nets."I have not held a ball after picking up the injury. I am still (going to take) about four weeks before I start bowling. I have to see how my body is responding. It is about how I'm feeling in terms of my bowling -- whether I am able to bowl exactly the way I want to bowl, whether I'm able to meet my expectations in terms of bowling."

Considering all that, it was disappointing to miss out. I just hope that the Indian team does well on English soil."

Comments
Topics mentioned in this article
Zaheer Khan Cricket India Cricket Team CLT20 2014
Get the latest updates on ICC Women's Cricket World Cup 2022 and IPL 2022, check out the Schedule , Live Score and IPL Points Table. Like us on Facebook or follow us on Twitter for more sports updates. You can also download the NDTV Cricket app for Android or iOS.