Fluent half-centuries by Virender Sehwag and Manan Vohra and a four-wicket haul by Karanveer Singh helped Kings XI Punjab beat Northern Knights by 120 runs to reach the last four of the Champions League Twenty20. Catch all the highlights here.

Karanveer Singh and Akshar Patel picked up six wickets between them as Kings XI Punjab stormed through to the semifinals.Catch all the highlights of the match here:(LIVE SCORECARD | POINTS TABLE)

23:14 IST: That's the end of that! Karanveer Singh picked up his fourth wicket to remove Boult. Knights are all out for 95 and Kings XI Punjab win by 120 runs to reach the semifinals.

23:10 IST: That's about all over for the Knights, who have lost three wickets in the last five overs; one a run out and Karanveer and Akshar Patel have struck too. Knights are 94/9 chasing 216 vs Kings XI Punjab.

22:58 IST: WICKET! Karanveer Singh removes BJ Watling as Northern Knights slip to 87/6; the challenge is all but over for the Kiwis, who are chasing a steep 216.

22:48 IST: WICKET! This is a superb phase in the game for KXIP, who have dominated most of it anyway. Karanveer Singh removed Daniel Flynn for 12 as the Northern Knights slipped to a precarious 76/4 off 9 overs.

22:38 IST: WICKET! Things are falling apart for Northern Knights as they collapse to 64/3 in the 7th over with the exit of Anton Devcich for 28. 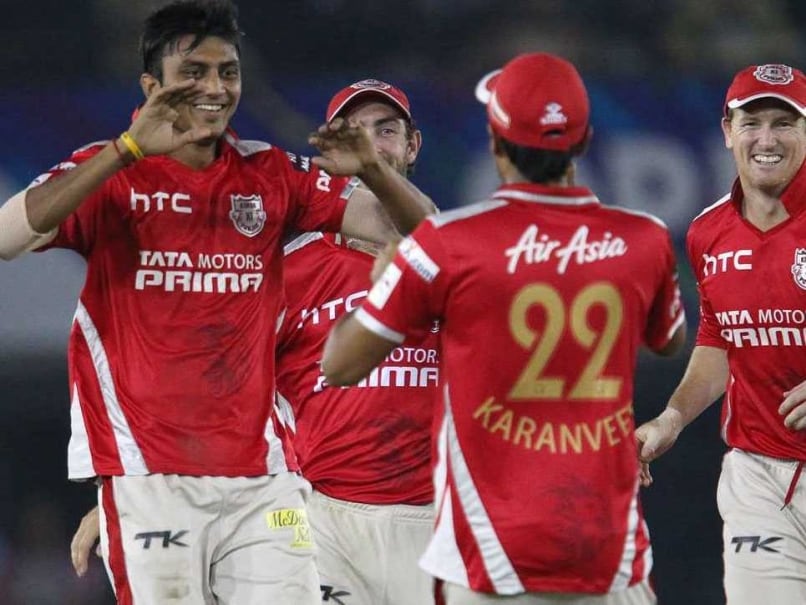 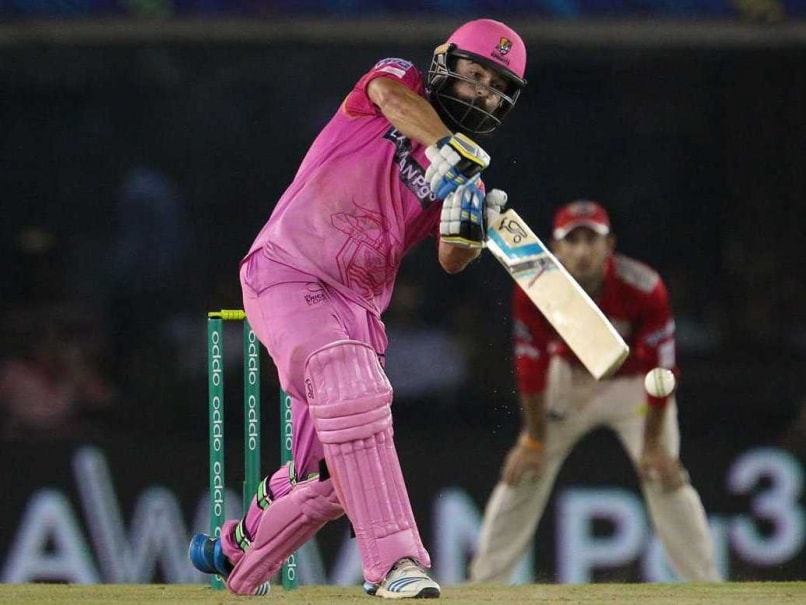 22:27 IST: Anton Devich and Williamson are beginning to look extremely dangerous; 42/1 off 4.2 overs and they are in touch with the required run-rate. This could well turn out to be a thrilling chase.

22:22 IST: Kane Williamson, who scored a hundred a few days back, is looking in fine touch again. KXIP are defending a mammoth total but they cannot rest in peace as long as this man is at the crease.

22:14 IST: WICKET! Huge blow for Northern Knights, who have lost the dangerous Daniel Harris to Anureet Singh; the Kiwis are 10/1 in the second over chasing 216 to win. 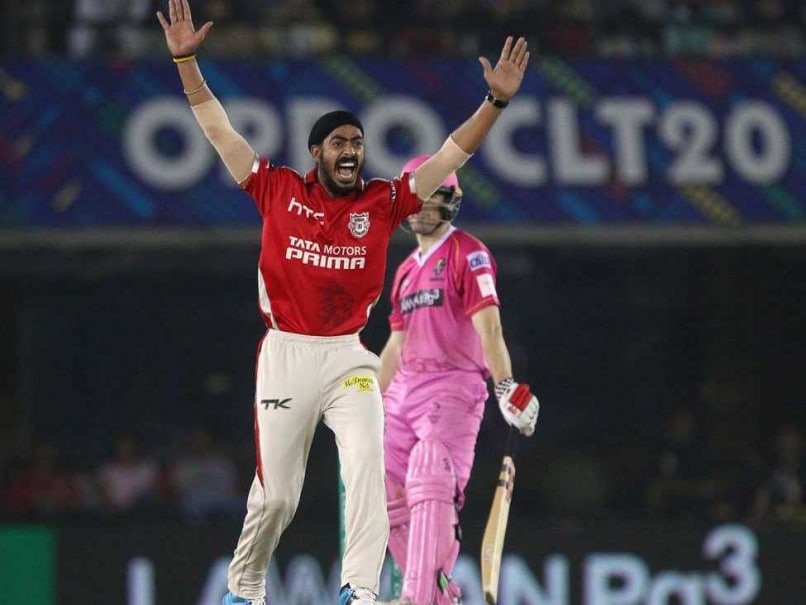 Anureet Singh made the first breakthrough for KXIP.

21:38 IST: Bailey and Milller are putting the finishing touches for Punjab. This is good, aggressive batting by the hosts, who have been relentless despite losing wickets in the last few overs. KXIP 175/4 off 17 overs. 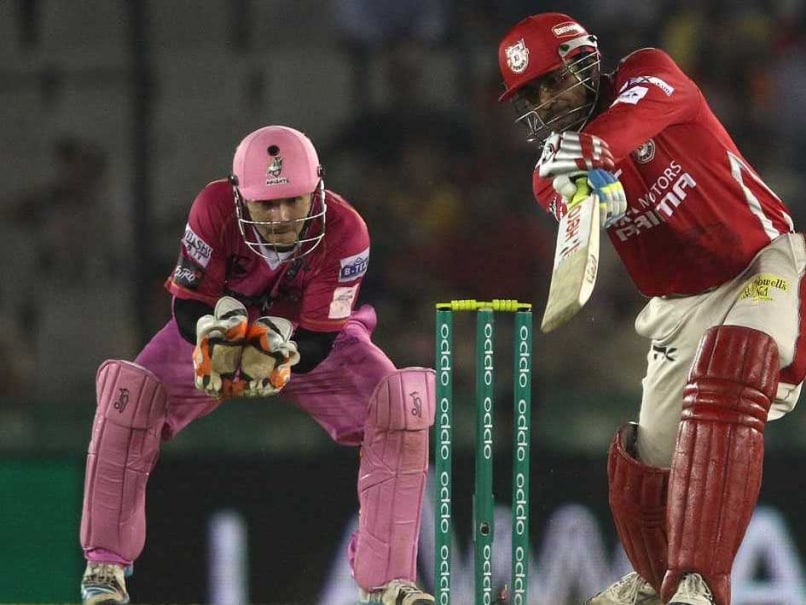 Sehwag slammed a 50 to help KXIP power on.

21:18 IST: Meanwhile, in some other cricket related news, star India batsman Ajinkya Rahane has tied the knot with Radhika Dhopva. Here is a picture of the newly wedded couple. 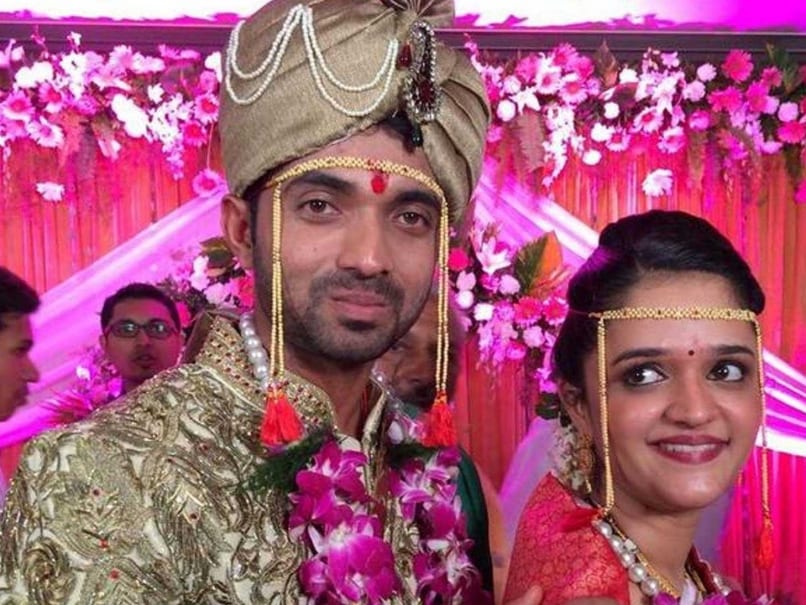 Rahane tied the knot in a traditional style. (This image was tweeted by BCCI)

21:01 IST: There is just no respite for Northern Knights; Boult dragged it in short and Thisara Perera hammers it into the stands. What a cracking shot that was. KXIP 112/1 in 9.3 overs.

20:56 IST: Vohra has finally fallen, after carting Ish Sodhi for two straight sixes, the KXIP opener holds out in the deep. But Northern Knights cannot breathe a sigh of relief. They still have the dangerous trio of Maxwell, Miller and Bailey coming up.

20:51 IST: Vohra brings up his fifty off just 28 balls as KXIP destroy the Knights attack with sheer disdain. At the other end, Sehwag is going ballistic too.

20:42 IST: KXIP are off to a blazing start here; they are 56/0 off 5 overs after being asked to bat by the Kiwis. Vohra is looking extremely destructive and Sehwag has looked solid. The Knights must be a worried lot.

20:40 IST: Just a thought; even as the likes of Vohra, Saha, Mohit Sharma, Ishwar Pandey, Kuldeep Yadav make their reputation in the CLT20, imagine how much they could have done in the Asian Games, wherePakistan won a gold in the women's cricket event. 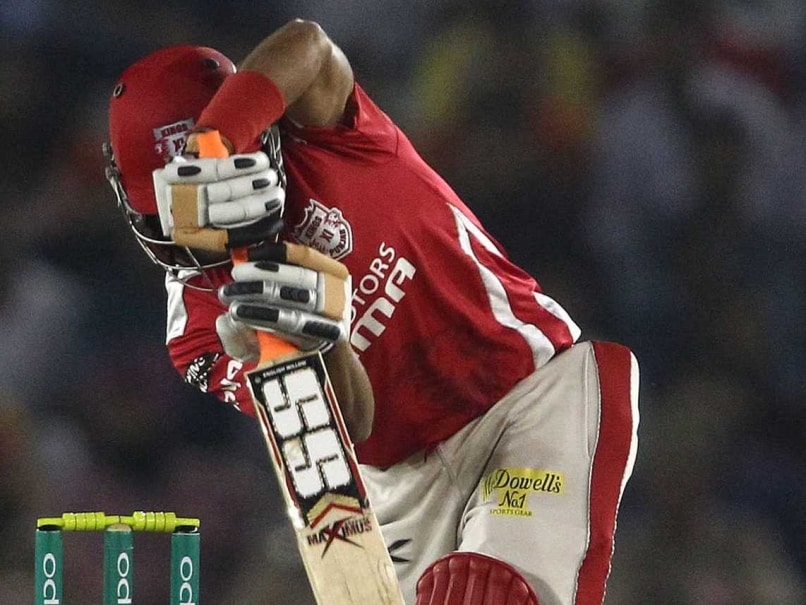 20:38 IST: FOUR! Another sweetly timed shot by Vohra; he slams Southee to the fence as KXIP continue to dominate with their openers. 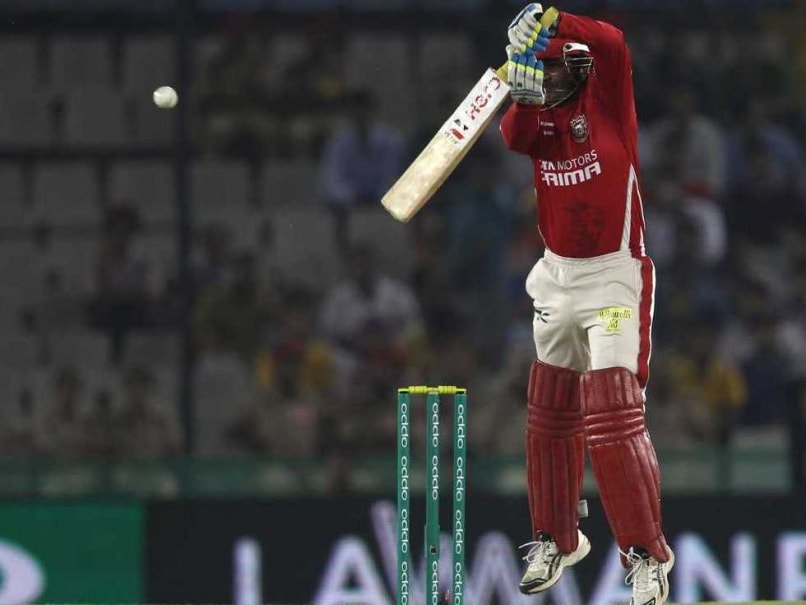 20:30 IST: FOUR! Cheeky from Sehwag as he cuts Boult over first slip. This is beginning to be a very strong start for KXIP, who have the likes of Maxwell, Miller and Bailey to follow. There's some serious firepower down that batting order.

20:14 IST: After a thrilling game between Cobras and Barbados, KXIP are faced with the prospect of a match against the Knights. Punjab will need to win this one to ensure a semifinal spot. Can Miller, Maxwell and Sehwag come to the party? 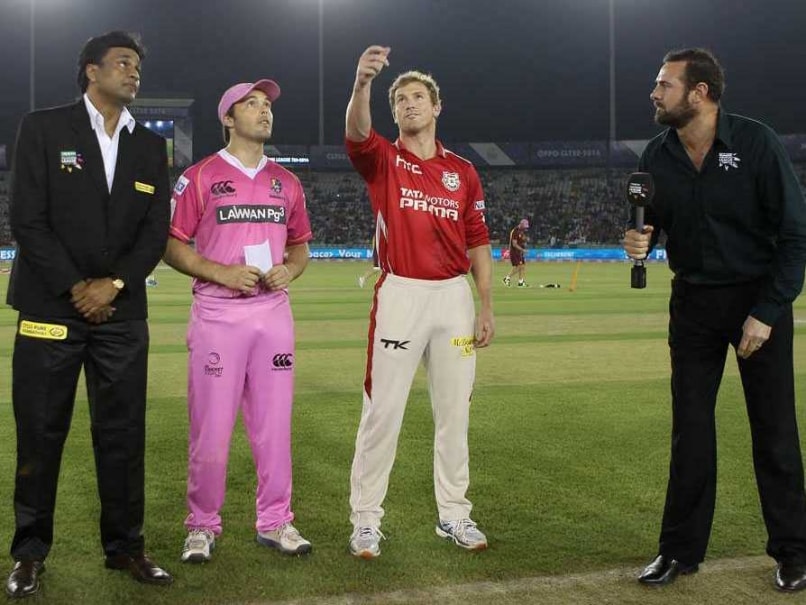 Northern Knights won the toss and elected to bowl vs KXIP

20:03 IST: Northern Knights have won the toss and will bowl against Kings XI Punjab. Kings XI unchanged while Boult has replaced Harris for Knights. 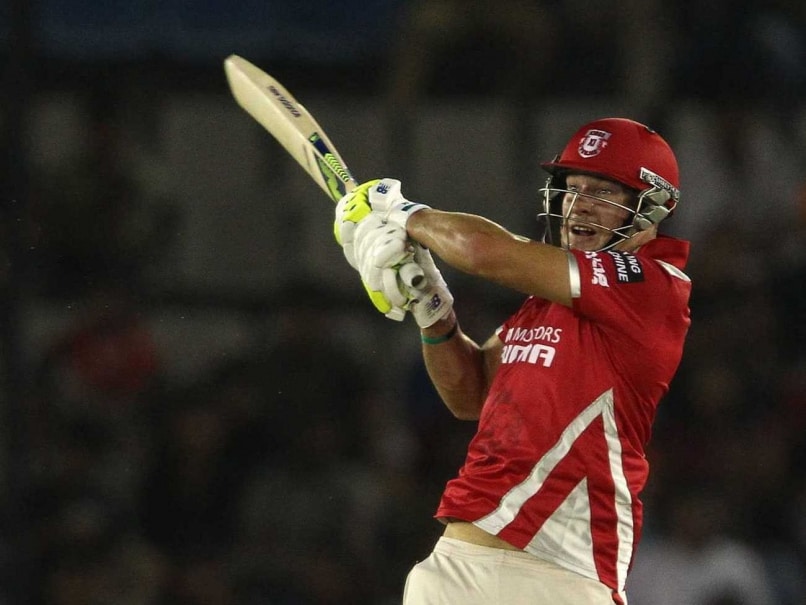 David Miller will be expected to give a lot of muscle-power to Punjab's batting.

Kings XI hold a 100 per cent record in their home turf so far, winning both of their opening games against Hobart Hurricanes and Barbados Tridents with relatively consummate ease. 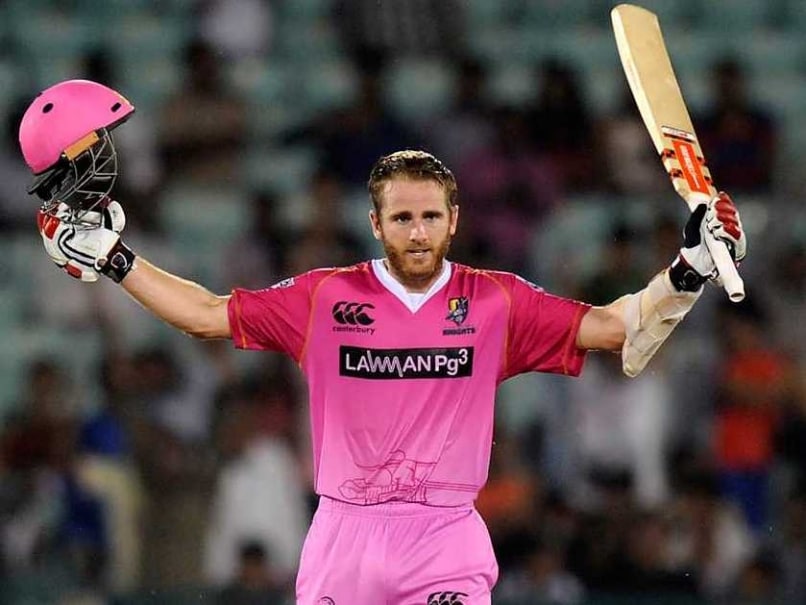 Can Williamson continue his spectacular form for the Knights?

On the other hand, the Knights, who notched up a win in their first group match against Cape Cobra riding on the back of Kane Williamson's unbeaten 101 and Anton Devcich's strokeful 67, will be somewhat down after their loss to Hobart Hurricanes on Tuesday.

The thing which would be worrying the Knights more was the manner of their defeat against Hurricanes. The Australian side produced a commanding performance to hammer their Trans-Tasman rivals by 86 runs at Raipur.

Chasing a challenging 178 set by Hurricanes, the Knights' innings never got going as they lost wickets at regular intervals and were ultimately bundled out for just 92 in 16.2 overs. 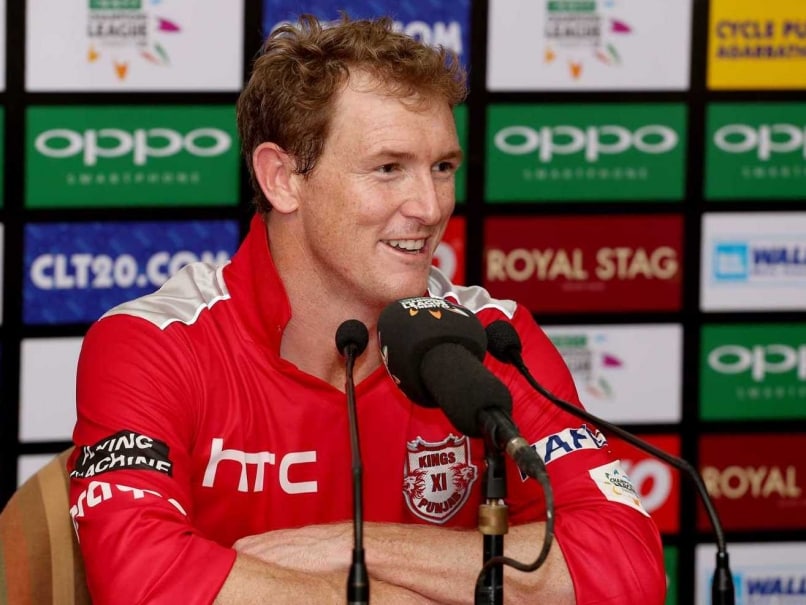 KXIP skipper George Bailey needs one more win to assure his team of a semifinal spot in CLT20.

Bailey Wants KXIP to Play at Their Best

Kings XI Punjab skipper George Bailey said that their opponents in Friday's Champions League T20 game, the Northern Knights, cannot be taken lightly and his team will have to be at its very best to beat them.

Bailey, who has led the IPL finalists with back-to-back wins and need another victory to earn a semi-final berth, said that he has a lot of respect for the Northern Knights.

"I think they are a very very strong side, they have played some great cricket. I know it is going to be a really big challenge. And certainly as far as us making the semi-finals, we know we have to still win one of the next two games," Bailey said ahead of the match to be played at the PCA Stadium in Mohali.

Comments
Topics mentioned in this article
Kings XI Punjab Northern Knights CLT20 2014 Punjab Cricket Association Stadium, Mohali George Bailey David Miller Cricket Live Cricket Score
Get the latest updates on SA vs IND 2021-22, check out the Schedule and Live Score . Like us on Facebook or follow us on Twitter for more sports updates. You can also download the NDTV Cricket app for Android or iOS.