Kings XI Punjab became the first team to win by more than 100 runs in the history of Champions League Twenty 20. 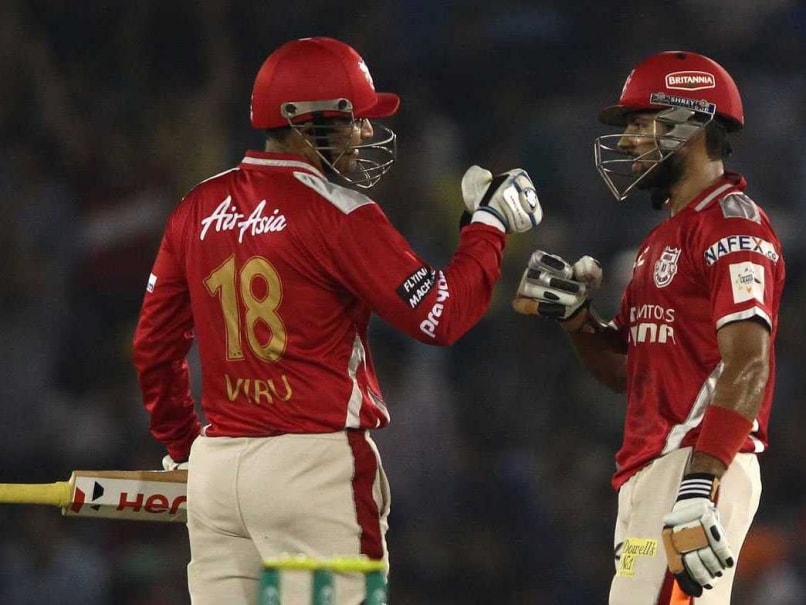 Kings XI Punjab's splendid triumph by 120 runs is their biggest in terms of runs in Twenty20, surpassing their win by 111 runs vs Royal Challengers Bangalore at Dharamsala on May 17, 2011. Punjab made a hurricane start - reaching 100 off 8.2 overs, the quickest in the history of the CLT20 - and never looked back. (Match Report| Highlights | Scorecard)

King's XI Punjab became the first team to score a win by 100 runs or more in the history of the Champions League Twenty20, eclipsing Kolkata Knight Riders' 99-run win over Titans at Cape Town on October 21, 2012.

Virender Sehwag (52 off 37 balls) recorded his 25th innings of fifty or more in Twenty20. He now has two centuries and 23 fifties. Sehwag's innings was his first fifty for Kings XI Punjab in Champions League Twenty20.

But Friday's win that took Kings XI to the semis must be credited to Manan Vohra, who struck 65 off 32 balls. This was his second fifty in Twenty20. Vohra has got his first Man of the Match award in Champions League.

# Karanveer Singh (4/15) has become the first Punjab bowler to bag four wickets in an innings in CLT20. Parvinder Awana had captured three for 46 vs Tridents at Mohali on September 20 -- the previous best figures for Punjab.

# Karanveer's figures are the third best for Punjab in Twenty20 -- the best being 5 for 25 by Adrian Dimitri Mascarenhas vs Warriors at Mohali on April 12, 2012.

# Having taken 4 for 54 against Kolkata in the 2014 IPL final, Karanveer is the first Punjab bowler to produce four-wicket hauls in the IPL as well as in the CLT20.

# Scott Styris is the 13th player to have appeared in 200 matches or more in Twenty20. He is the first New Zealand batsman to accomplish the feat.

# Northern Districts (95) became the second side to be dismissed twice for less than 100 in the same edition of the Champions League. They had scored 92 vs Hurricanes at Raipur on Sept.23, 2014. Central Districts had recorded this dubious distinction in the 2010 edition.

Comments
Topics mentioned in this article
Kings XI Punjab Northern Knights CLT20 2014 Cricket
Get the latest updates on SA vs IND 2021-22, check out the Schedule and Live Score . Like us on Facebook or follow us on Twitter for more sports updates. You can also download the NDTV Cricket app for Android or iOS.