One of the biggest stars of Indian Premier League this year, medium pacer Sandeep Sharma has been ruled out of action till December because of a strain. 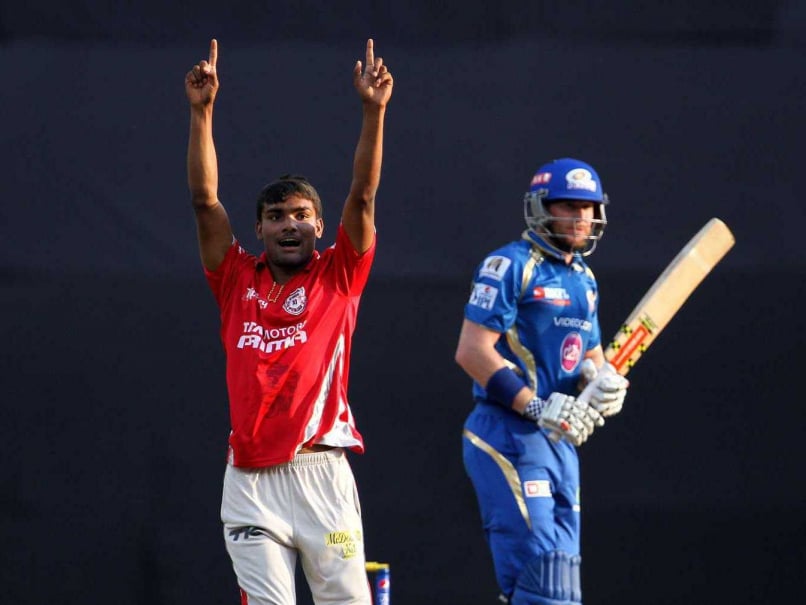 Sandeep Sharma's medium pace was one of the key strengths of Kings XI Punjab in the IPL this year.© BCCI
New Delhi:

Talented medium pacer Sandeep Sharma, who was one of the star performers for Kings XI Punjab in IPL-7, is set to miss the Champions League Twenty20 due to an injury that will keep him out of action till December.

Sandeep grabbed the limelight this year by taking 18 wickets in 11 IPL matches but now is said to be out of action with a strain. (Also read: Malinga prefers to play CLT20 for Mumbai Indians rather than Lankan team)

"Sandeep Sharma is one of the players who will be absent in the CLT20 due to an injury. Otherwise, all the other players are fit and available. Our coaching staff is keeping a tab on the fitness and availability of the players," KXIP's Chief Operations Officer Fraser Castellino told PTI during an interaction.

Other than Sandeep, the other player to miss out will be Australian Shaun Marsh, who didn't play many matches in the last edition of IPL.

Kings XI will be making their Champions League debut and Castellino said that there is a lot of hope for putting up a good show in the September 12-October 4 event.

"This is the first time we will be playing CLT20. We were in the semi-finals during the inaugural edition of IPL in 2008 but there was no CLT20 back then. After the kind of performance we have had in the IPL, the CLT20 will give us another opportunity to enhance our reputation and also increase our fan base in the process," the COO said.

Not known to shell out big bucks, the KXIP have certainly turned out into a profitable venture especially after their runners-up show in the cash-rich league.

"We have always believed in smart spending which was evident in the manner we selected our squad at the auctions. We tried to mix and match and create an ideal blend. We ended up saving Rs 4 crore out of the Rs 60 crore purse.

"Unlike some other franchises, we didn't spend so much on conventional marketing or merchandising. We used the social and digital platforms to connect with the new age fans. We created mobile apps, used twitter and instagram to good effect. Also we got a handsome purse by finishing runners-up," Castellino elaborated.

Asked what would be the current valuation of the Kings XI Punjab franchise by moderate market estimation.

"Look, the team was bought for around USD 76 million. Even by moderate estimation after covering all costs, the valuation of the franchise will be around USD 200 million."

On the sponsorship fronts, most of the strategic tie-ups of the franchise is for a period of one year but the COO said that all existing sponsors "would have the first right of refusal" once both parties sit across the table after the CLT20, to discuss and formulate the new deal for the next season.

Comments
Topics mentioned in this article
Kings XI Punjab Sandeep Sharma IPL 2014 Cricket CLT20 2014
Get the latest updates on India vs England Series, India vs England , live score and IPL 2021 Auction . Like us on Facebook or follow us on Twitter for more sports updates. You can also download the NDTV Cricket app for Android or iOS.