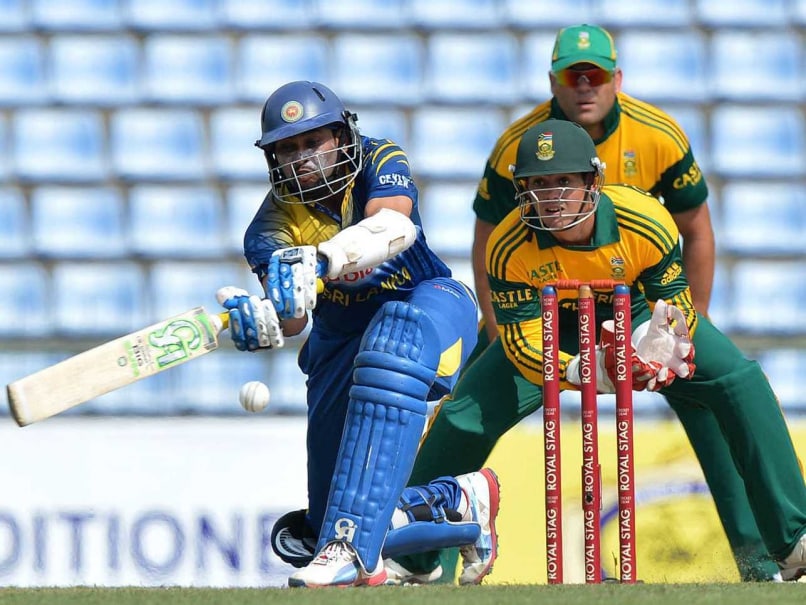 Dilshan joined a host of stars set to miss the CLT20 this year.© AFP
Raipur:

In a huge blow to Southern Express, representing Sri Lanka in the Champions League T20, their ace batsman Tillakaratne Dilshan has pulled out of the contest due to "personal reasons".Â  (Morne Morkel Pulls Out of CLT20)

"I have been informed today that Dilshan won't be participating in the CLT20 due to personal reasons. So that's all the information we have got for now," said the manager of Southern Express, Shane Fernando at a press conference here Thursday. (Pollard Named MI Captain After Rohit Pulls Out)

Southern Express, considered underdogs in this edition of the CLT20, with only a few senior players in the fold, are already facing a tough time in the absence of star pacer Lasith Malinga, who had captained the team to the championship title at the domestic Super Fours T20 tournament.

Malinga has decided to play for his Indian Premier League side, Mumbai Indians in CLT20. "Not having Malinga is a bit of a blow for us as he was a part of the team in Colombo.

"As far as Dilshan is concerned he didn't attend the practice and played games. Obviously he is big player and a great batsman. But we have a good balanced side and looking to do well in the championship," Shane replied when asked about the impact of absence of Malinga and Dilshan on team's performance.

Replying to a query on the current composition of his team, Shane said, "If you look at our team, apart from three players we have men with international exposure and also those who have been in the Sri Lankan A and T20 sides. So we have got a balanced side. Even the new youngsters are very talented and ready to deliver their best.

"If you consider us inexperienced it's good for us as a team. Obviously we are going to perform well."

To a query on the overall strength of his team, captain Jehan Mubarak said that it has been doing well with the bat but will be focusing to capitalise on each compartment and look to progress in the tournament game by game.

Ruling out key roles for any single player in a match, Mubarak said, "Teams, whether they are international or domestic, don't rely on one or two players. They make plans to go with the entire team."

Comments
Topics mentioned in this article
Southern Express Sri Lanka Cricket Team Tillakaratne Dilshan Jehan Mubarak CLT20 2014 Cricket
Get the latest updates on India vs England Series, India vs England , live score and IPL 2021 Auction . Like us on Facebook or follow us on Twitter for more sports updates. You can also download the NDTV Cricket app for Android or iOS.