Kolkata Knight Riders have won both their matches in Champions League Twenty20 and Dutch player Ryan ten Doeschate credits Gautam Gambhir's leadership for the success of the team. 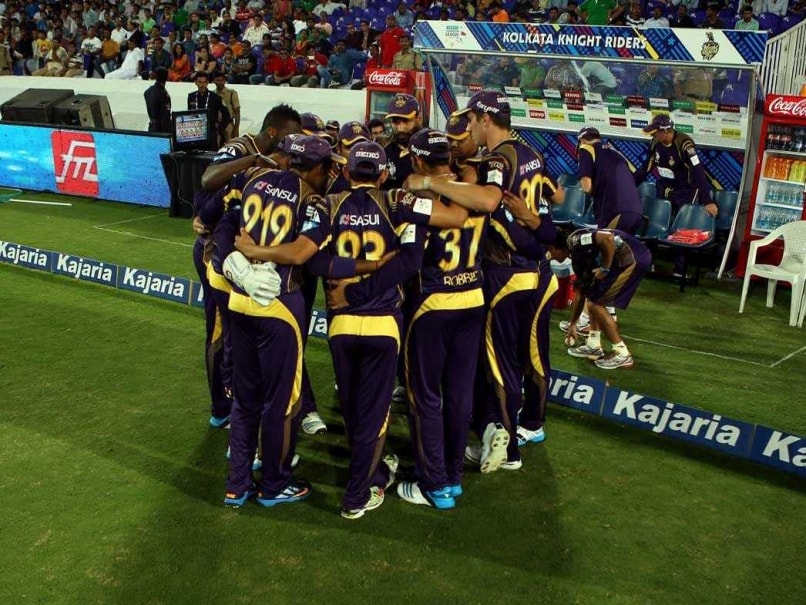 Kolkata Knight Riders in a huddle before facing off against Lahore Lions in a CLT20 match.© BCCI
New Delhi:

Kolkata Knight Riders' Dutch import Ryan ten Doeschate has lauded skipper Gautam Gambhir for his poise and he believes that the IPL champions have a realistic chance of making the semi-finals of the ongoing Champions League Twenty20.

"He (Gautam Gambhir) is brilliant. He has given me a lot of confidence as a player. He has showed faith in me. Gautam is pretty quiet and I believe that you don't need to be loud.

You don't need to talk a lot and throw your weight around. So I think he is a very good captain," ten Doeschate told PTI in an interview.

KKR, who stretched their winning streak to 11 after Sunday's three-wicket triumph against Lahore Lions, courtesy a 47-ball 60 by Gambhir, are looking strong contenders for the title and ten Doeschate, with an impactful 51 not out in the opening game against Chennai Super Kings, has his fingers crossed. (Kolkata vs Lahore scorecard | Match highlights)

"I think we are a good side. But in T20, every team makes sure that there are no easy matches. To our advantage, we have won a big competition in recent times and hope to take the momentum forward. So we draw from that experience and hope to keep the winning habit going. So once we reach the semifinals we will give ourselves a chance to win the competition," said ten Doeschate.

The Netherlands batsman rose to fame after his superb ton in the 50-over 2011 World Cup that nearly shocked England.

Though it's hard to make an impact with a associate nation side but ten Doeschate is happy with the opportunities at hand.

"I had played county cricket before that so I had made a name for myself at first-class level in domestic and one-day cricket. But playing for the Netherlands was always a big opportunity to make a bigger name for myself against big teams. Scoring a hundred really makes people sit up and recognise that there are players from the associate nations who can play well," he said.

Comments
Topics mentioned in this article
Kolkata Knight Riders CLT20 2014 Gautam Gambhir Ryan ten Doeschate Cricket
Get the latest updates on ICC T20 Worldcup 2022 and CWG 2022 check out the Schedule, Live Score and Medals Tally. Like us on Facebook or follow us on Twitter for more sports updates. You can also download the NDTV Cricket app for Android or iOS.