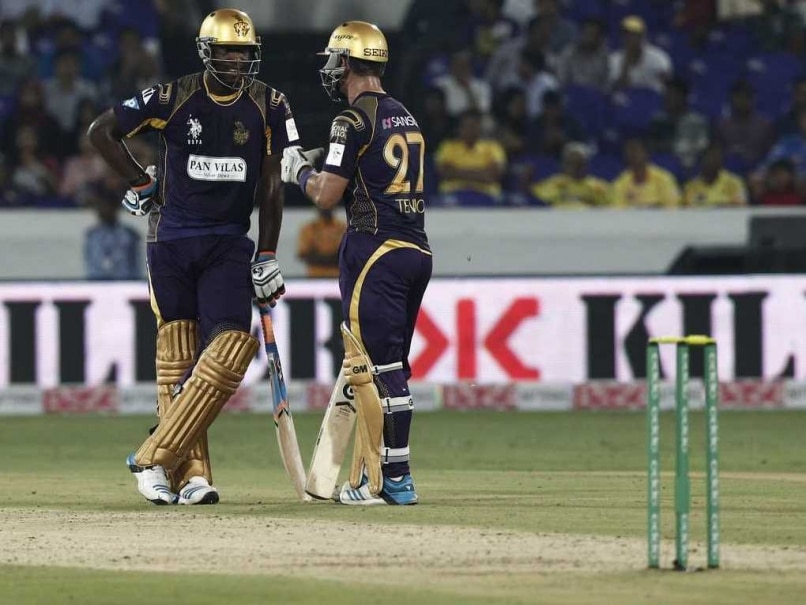 Chasing 158 for a win, Kolkata Knight Riders crashed to 21 for four but recovered brilliantly in a stunning finish, courtesy an unbelievable 80-run sixth wicket stand between Ryan Ten Doeschate and West Indian Andre Russell. It was Kolkata's highest partnership for any wicket against Chennai Super Kings in Champions League Twenty20.

Chennai Super Kings were caught by surprise as KKR won with six balls to spare with Man of the Match Russell scoring 25-ball 58, studded with four boundaries and five sixes.

But it was Ryan Ten Doeschate who held the innings together in crisis. His unbeaten 41-ball 51 was invaluable after KKR chose to play the Dutchman ahead of veteran all-rounder Jacques Kallis.

Russell is also the first KKR batsman to register five sixes in Champions League Twenty20. He deserved to get his eighth Man of the Match award in the shortest format of the game.

Doeschate and Russell's 80-run stand is a sixth-wicket record for Kolkata in the CLT20. The stand is also the highest by any pair for this wicket-position versus Chennai in Champions League.

Comments
Topics mentioned in this article
CLT20 2014 Kolkata Knight Riders Chennai Super Kings Andre Russell Ryan ten Doeschate Cricket
Get the latest updates on SA vs IND 2021-22, check out the Schedule and Live Score . Like us on Facebook or follow us on Twitter for more sports updates. You can also download the NDTV Cricket app for Android or iOS.