After losing their opening games in the Champions League Twenty20, Chennai Super Kings and Dolphins will be desperate for their first points when they clash in Bangalore on Monday. 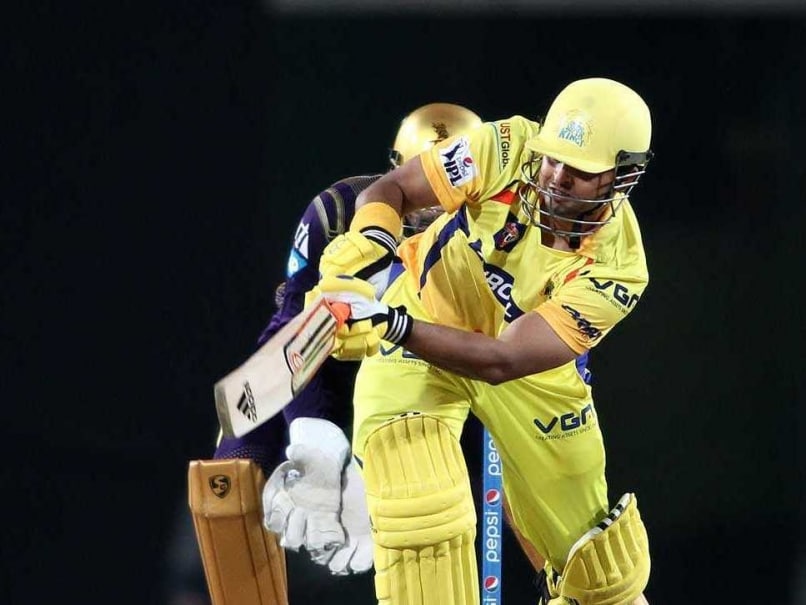 Raina will be key to hopes of a CSK win on Monday.© BCCI
Bangalore:

Without a point in their respective opening matches, Chennai Super Kings and South African champions Dolphins will be keen to get their campaigns going when they face each other here under lights Monday in a Group A game of the Champions League Twenty20. (Full Coverage)

Coincidentally, both the teams lost matches from seemingly winning positions as the Super Kings were let down by their bowlers at the death which allowedKolkata Knight Riders to scramble home by three wickets in Hyderabad, while Dolhins conceded two sixes off the last two deliveries and lost to Perth Scorchers by six wickets at Mohali. (Denied Home-Cooked Biryani, Dhoni & CSK Storm out of Hyderabad Hotel: Reports)

Super Kings might be suffering from embarrassment of riches in their batting that fetched them two Indian Premier League (IPL) crowns besides a Champions League T20 title but as skipper Mahendra Singh Dhoni has repeatedly said, it is their bowling at the death that has been cause for concern.

As for Dolphins, their chances Monday would depend much on how fast they recover from the body-blows they suffered at Mohali where paceman Robbie Frylinck sinned by sending down two full tosses that were smashed for sixes by Mitchell Marsh in the final over. (MS Dhoni's Biryani Obsession Tickles Social Media Users)

Thus, the onus will be on skipper Morne van Wyk to get his troops together for a particularly difficult game against the Super Kings and also without their key player, JP Duminy who pulled out at the last moment owing to injury.

Dhoni's men in yellow would have had enough time to mull over their defeat in Hyderabad and the Super Kings, who appeared out of sorts, have shown in the past their envious ability to bounce back. At least, they have the pedigree to notch a win Monday when they will start odds-on favourites.

While the Super Kings will be counting on their batting might to pull them through, the Dolphins have much work to do. Khaya Zondo, who struck a 50-ball 63 not out saved the South African outfit from sinking without a trace while their bowling left a lot to be desired as they could not defend 15 runs in the last over that Frylinck bowled.

With both Super Kings and Dolphins left with two more games each, including Monday's, neither team can afford to drop any more points, and if anything, they will be looking heavenwards as evening showers, quite common in these parts at this time of the year, are forecast.