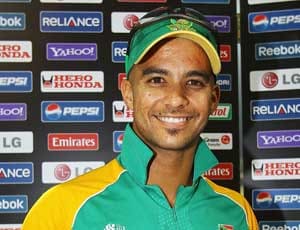 JP Duminy has been ruled out of the Cape Cobras squad for the Champions League Twenty20 after the South African batsman picked up an injury during the tri-series in Zimbabwe.

Duminy, 30, a reliable middle-order batsman, joined a growing list of star players missing out on the CLT20 due to fitness related issues. Aussie pacer Mitchell Johnson is a doubtful starter for Kings XI.

The left-handed Duminy's absence will leave a huge gap in the Cobras batting order. He is the second highest scorer for the South African side, with 981 runs from 40 matches. (Also read: Twenty20 cricket, the right way to spread cricket?)

Duminy has played for the Cobras in two CLT20 editions and also led them to the semi-finals in the inaugural tournament in 2009. Besides, the stylish left-hander has also played for Mumbai Indians in 2010 and Sunrisers Hyderabad in 2013.

There is no word yet on Duminy's replacement but an ESPNCricinfo report suggested it could be 26-year-old all-rounder Sybrand Engelbrecht.

The Cobras are awaiting an approval from the CLT20 technical committee.

Comments
Topics mentioned in this article
JP Duminy CLT20 2014 Cape Cobras Cricket
Get the latest updates on IPL 2020, check out the IPL Schedule for 2020 and Indian Premier League (IPL) Cricket live score . Like us on Facebook or follow us on Twitter for more sports updates. You can also download the NDTV Cricket app for Android or iOS.