Vijender Singh's next professional bout against a yet-to-be-announced opponent will take place in Goa on the rooftop deck of a docked ship on March 19. 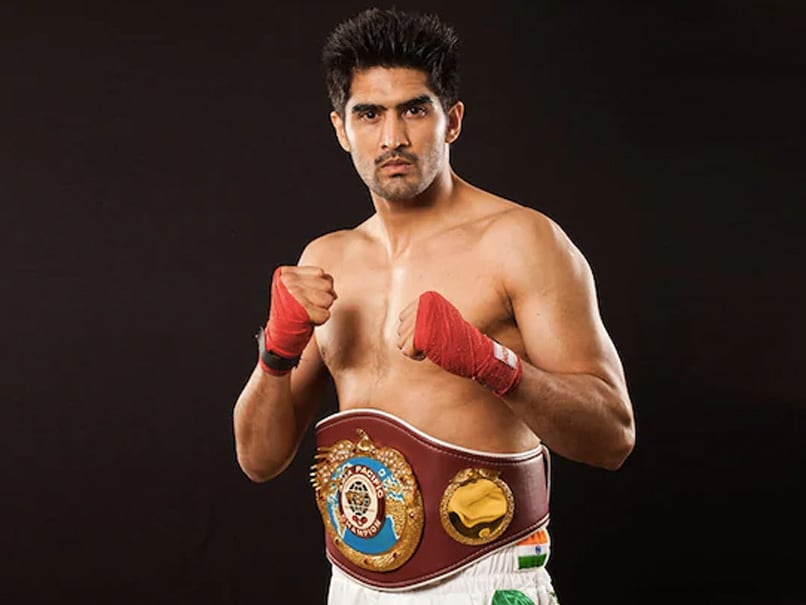 Vijender Singh has not competed since his last fight in November 2019.© Press Release

Indian professional boxer Vijender Singh's next bout, his first since November 2019, against a yet-to-be-announced opponent will take place in Goa on the rooftop deck of a docked ship on March 19. The 35-year-old reigning WBO Oriental and WBO Asia Pacific Super Middleweight champion defeated Ghana's former Commonwealth Champion Charles Adamu in Dubai to claim his 12th successive win in November 2019. He has not competed ever since.

"Undefeated professional boxing star Vijender Singh is set to make his return to the ring on March 19...The first-of-its-kind fight will be held on the rooftop deck of the Majestic Pride Casino Ship - who have been roped in as the venue partner," his promoters IOS Boxing Promotions said in a statement.

The Majestic Pride is a ship docked on the Mandovi River in Panaji, Goa.

"The bout goes beyond the traditional norms of a regular professional match and offers viewers the glitz and glamour of Vegas-style boxing event. The announcement of Vijender's opponent will be made soon," the organisers' release stated.

Vijender said he is looking forward to the experience. "It is something that has never happened before in India and I am glad to be part of this unique professional match. I am pumped up and eager as ever to enter the ring again and have been training hard to keep myself fit for the bout," he said.

IOS Boxing Promotions' Neerav Tomar added, "A boxing match on a ship is the perfect amalgamation of the intensity of boxing and razzmatazz of the entertaining casino. We hope all the fans watching or present at the venue will thoroughly enjoy the event."

Comments
Topics mentioned in this article
Vijender Singh Boxing
Get the latest updates on SA vs IND 2021-22, check out the Schedule and Live Score . Like us on Facebook or follow us on Twitter for more sports updates. You can also download the NDTV Cricket app for Android or iOS.