Vijender Singh is hopeful of getting back into the ring in the next three months after his US-based promoter restarted bouts earlier this month. 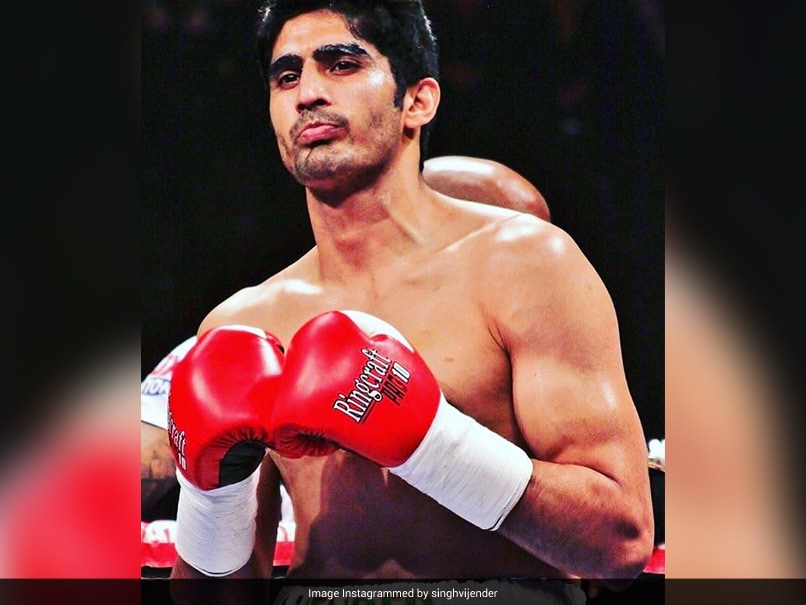 More than six months have passed since he last stepped into the ring but Indian boxing star Vijender Singh is hopeful of getting back to competition in the next three months after his US-based promoter restarted bouts earlier this month. Signed by Hall of Famer Bob Arum's Top Rank Promotions in 2018, Vijender was last seen in action in November 2019 when he defeated Ghana's Charles Adamu to keep his unbeaten record intact in the professional circuit.

The 2008 Olympic bronze-medallist told PTI that he has had a word with Top Rank and plans are afoot for a fight at least by October. "It will be outside India because it is unlikely that restrictions because of COVID-19 pandemic will ease by then. From what I gather, in the next two-three months, I will probably be able to fight," the 34-year-old said.

"That's the future given the situation. I think that's how professional boxing will be. Unfortunately but that's how it will adapt," said Vijender.

Speaking of adapting to the new normal in the pandemic-scarred world, the former amateur world bronze-medallist said fans should be kept away completely for the time being even if action resumes.
"First of all, there shouldn't be a rush. Secondly, you just cannot have crowds. I know they add to the atmosphere but safety first. You have to take every precaution to ensure that this doesn't spread," he said.

"The post-COVID world would be great for broadcasters and advertisers because there is immense hunger for live sports right now," he added.

"Boxing is easier to conduct in that sense because a very limited number of people are involved in action. They can be tested and kept in a bio-secure zone to ensure that nothing untoward happens."
And when does he see live sports resuming in India even as COVID-19 cases inch towards the 6 lakh mark, Vijender said at this point it is difficult to say.

"India has always been an unpredictable country, one can never be sure how things pan out here," he laughed.

"On a serious note, I would only urge utmost caution before any decision on resuming competitions is taken," he added.

Comments
Topics mentioned in this article
Vijender Singh Boxing
Get the latest updates on Fifa Worldcup 2022 and check out  Fifa World Cup Schedule, Stats and Live Cricket Score. Like us on Facebook or follow us on Twitter for more sports updates. You can also download the NDTV Cricket app for Android or iOS.