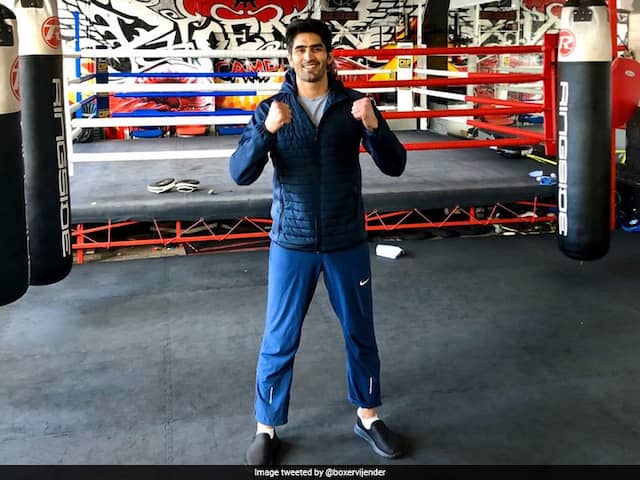 Indian boxing star Vijender Singh demolished Ghana's former Commonwealth champion Charles Adamu to claim his 12th successive win and ensure that his four-year unbeaten streak in the professional circuit remained intact, on Friday. The 34-year-old former Olympic bronze-medallist prevailed unanimously in an eight-round super middleweight contest against the 42-year-old. The Indian's right hand was just too precise and powerful to handle for Adamu, who looked intimidated and was thrown off-balance more than once.

The Ghanian also copped a point deduction in the fourth round for excessive bending. To Adamu's credit, he fought through despite the onslaught and ensured that the bout went the full distance. Adamu came into the contest with an experience of 47 bouts, of which he had won 33 (26 knockouts).

The Ghanian is also an Olympian and won a bronze medal for his country in the 1998 Commonwealth Games in Kuala Lumpur during his amateur days.