Star Indian boxer Vijender Singh knocked out Dean Gillen of England in the opening round to register his second consecutive victory at the professional level at the National Stadium here on Saturday.

23:21 hrs IST:ÂAnd its all OVER!Vijender Singh was all over Gillen as the Nottingham star couldn't get up from a hardÂpunch from the Indian.Â

23:20 hrs IST:Vijender Singh has started off well here, moving well in the ring and landing couple good punches. And he knocks both Gillen and referee off their feet.Â

23:17 hrs IST:ÂVijender Singh walks to the ring amidst dhols and Punjabi music.

23:15 hrs IST:ÂFor now we can see a lot of empty seats -- not much of crowd, but surely it will pick up pace as and when bout is about to start.

23:00 hrs IST:ÂWe are moments away from the Vijender Singh's second professional bout against Nottingham's Dean Gillen. 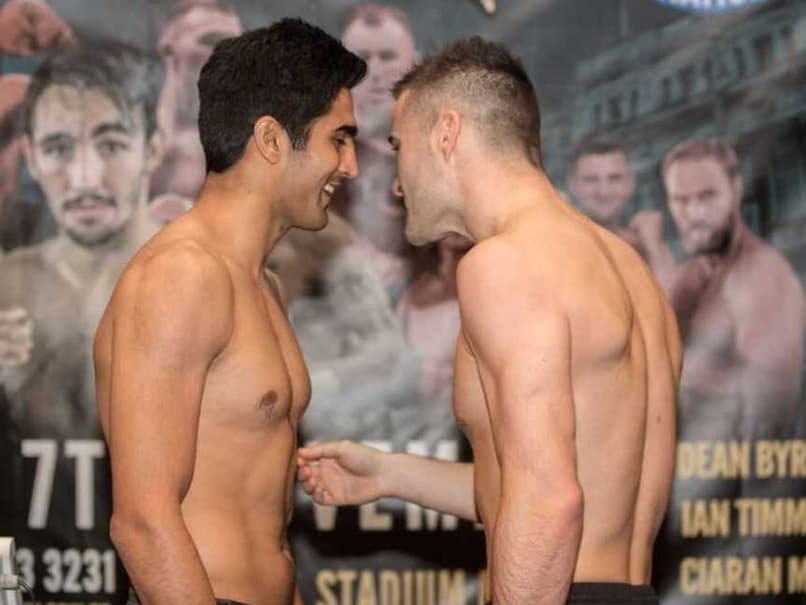 Catch all the live updates (All times in IST)

On Saturday, the 30-year-old Haryana boxer will go head-to-head with Nottingham's Dean Gillen, who has been unbeaten in two bouts after turning pro in May this year. Gillen, a firefighter, has won championship bouts as an amateur and one of his biggest wins came in the 2013 World Police Games in Belfast. (Vijender Singh Looking for Special Performance on Irish Debut)

The 33-year-old Gillen won both his professional bouts on points. Vijender, on the contrary, came out a hard puncher and after a cautious opening round, took Whiting by storm till the referee called the bout off in the third and penultimate round.Â (Vijender Humbled by Amir Praise)

Vijender has been quite at home in the UK. He has been feted by folks from Haryana and even spent time at the House of Commons in London. Ireland won't be new to him, too.

"I've been over once before after the 2012 London Olympics and trained with the Irish amateur boxing team and I had a brilliant time then, so it's fantastic to finally return to actually fight here for the first time and show what I can do," said Vijender.

"I'll see what Gillen brings to the ring against me. He's another challenge so he'll make me raise my game and perform. I've been in the gym perfecting and improving and I'll be looking to put on something a little bit special for the Irish fans," Vijender added. 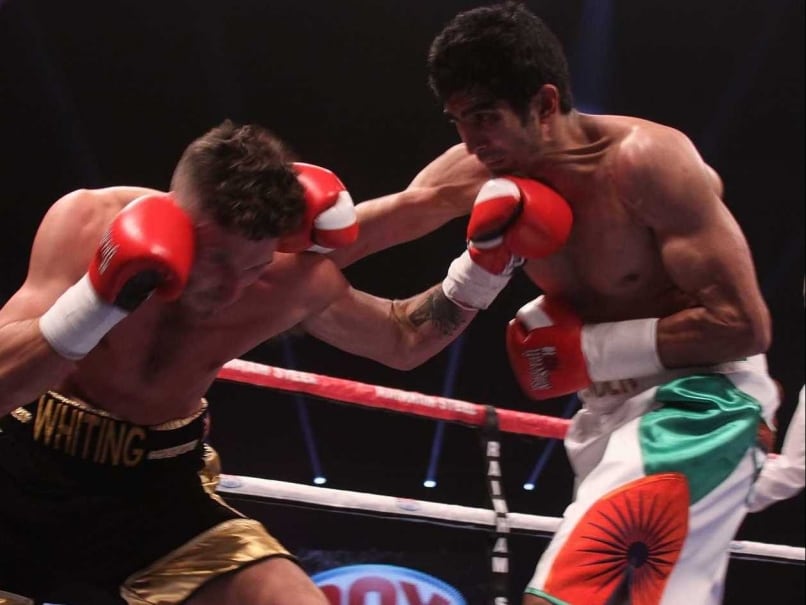 Like all boxing bouts, there is no shortage of mind games and Gillen knows the challenges ahead of him.

"I know the odds are stacked against me but when you're facing life risking tasks through your job then fighting someone like Singh is a walk in the park. I will be coming for him.

"I've got a strong jab and the reach to take advantage of him, backed up with a solid chin and a real desire and with nothing to lose. I'm going to be a really dangerous opponent for Singh," warned Gillen.

The four-round contest at the National Stadium in Dublin could run its full distance.

Comments
Topics mentioned in this article
Vijender Singh Boxing
Get the latest updates on Olympics 2020, Olympics 2020 Medal Tally, Live Cricket Score . Like us on Facebook or follow us on Twitter for more sports updates. You can also download the NDTV Cricket app for Android or iOS.