Vijender Singh's Title Bout to be Preceded by Siddharth-Dilbagh Clash 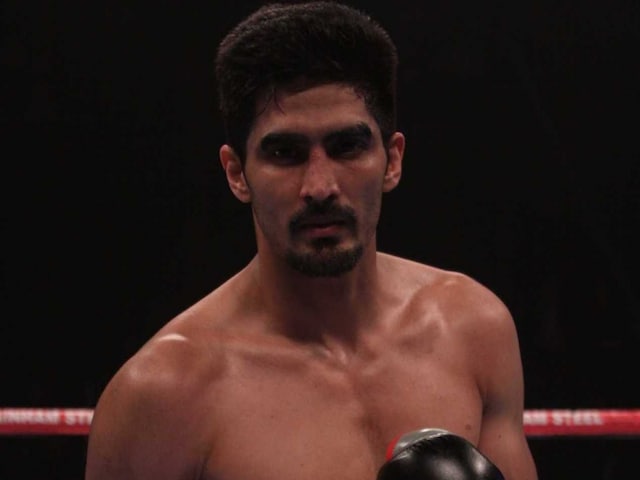 Pune's Siddarth, 31, who made a winning start to his professional boxing career earlier this year by winning two back-to-back Pro fights of four rounds each, is now training hard with the legendary American coach Joe Clough at the IBC academy at Pune.

Clough, who has trained the likes of Evander Holyfield, Jonny Bumphus, Sugar Ray Seales and Rocky Lockridge among others, is training IBC boxers at Pune for the July 16 fight card here, which will have nine Indian boxers other than Vijender.

Haryana's Dilbagh, 27, a former Commonwealth Championship bronze medallist also turned pro in April by winning his debut fight against Rajneesh Malik at IBC 2 here. The two will now clash for a maiden title fight in an eight round contest.

"I have been in the amateur circuit for a very long time, but this is a whole new story, I have never been fitter than what I am today. This is my first eight round contest and I spar for over 16 rounds four times a week. I know it's not going to be an easy fight for me but this is my first shot at a title and I intend to hurt my opponent," said Siddarth.

Dilbagh said he would look to finish the fight in four rounds.

"My debut at IBC 2 was tough, it was the first time I tasted what Pro boxing was like. I know I have to work much harder on my physical fitness and I am game. I am taller, younger and faster than Siddharth, my punches will have him on the ropes by the 2nd or 3rd round, I will try to finish him in the 4th round," said Dilbagh.

In heavy weight division, former India International Naveen Rao from Delhi will make his Pro debut against Haryana's Sumit Rangi, who already has two wins against his name. This will be a six round contest.

Another humdinger in the offing is in the light heavy division, which will see the "Pitbull" Gaganpreet Sharma from Chandigarh face Delhi's Deepak Sheoran, who stunned everyone with a split decision win against former Railway champion Satish Dhull at IBC 2.

Gaganpreet's unique style of boxing has been reminiscent of how Tyson used to stride into his opponents before landing the big blows. The name "Pitbull" was aptly given to Gaganpreet by Clough, who is also the Technical Director of the Indian Boxing Council.