Vijender Singh, India's professional boxer, has won all his four bouts via technical knockouts in under three rounds so far. He next faces France's Matiouze Royer. 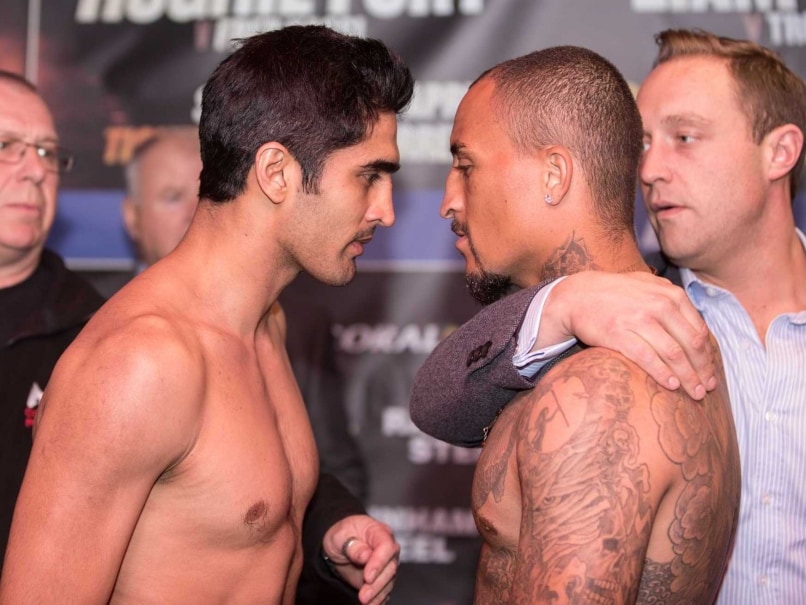 He has promised another knockout show but Indian boxing star Vijender Singh's unbeaten run will be put through a tough challenge when he squares off against experienced Frenchman Matiouze Royer in a super middleweight contest in London on Saturday.

Vijender has won all his four bouts via Technical Knockouts in under three rounds.

But in Royer, he faces a rival who has the experience of 44 bouts, including 14 wins, which adds up to 250 rounds in the ring compared to Vijender's nine.

Royer's career spans over seven years and he will be looking to spoil the party for Vijender when he makes his second appearance on UK soil.

The two will square off in Stratford's Copper Arena and Vijender has said that his latest opponent does not look to be as timid as the ones he has faced so far.

"From whatever I have seen of him, he does not look easy. He knows how to fight a tough one. I would say he is good but then I am no less," the 30-year-old said.

"I will try to finish this fight as soon as possible again. But I think it could be a little longer than the previous ones, which is also good for me," he added.

Royer said he is confident of ending Vijender's unbeaten run.

"I have heard a lot about Vijender's amateur career and his winning start in pro boxing. It will be an amazing fight with a lot of competition between both of us. I am fully prepared to give tough time to Vijender and I am sure I will be able to put an end to his winning habit tomorrow," he said.