With two days to go for his first pro-boxing bout in India, star boxer Vijender Singh told NDTV that he will try to make it 7-0 in front of his home crowd 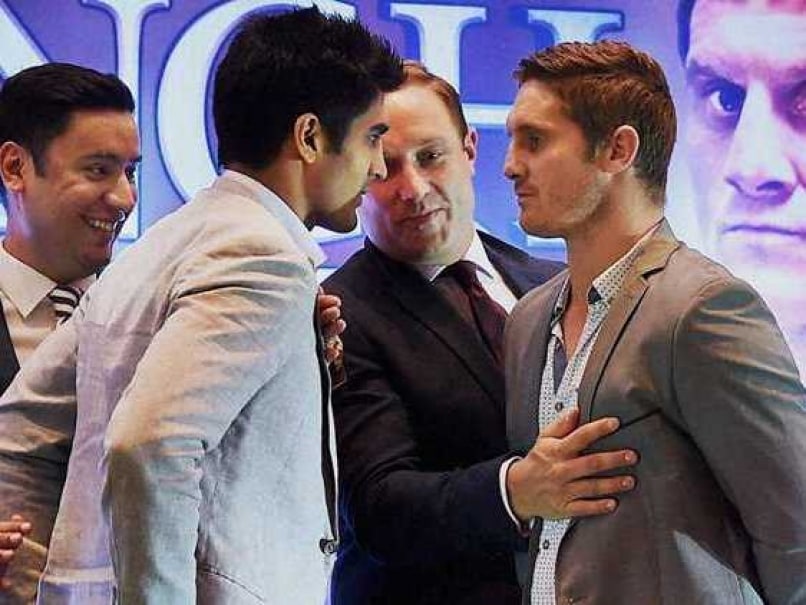 Vijender Singh will fight his first pro-career bout in India on Saturday when he faces Kerry Hope.© PTI

In two days from now Vijender Singh will make history at the Thaygraj Stadium in New Delhi because it is for the first time in his pro-career the star Indian pugilist will feature in a professional fight in India.

His opponent Kerry Hope is a former World No. 3 but Vijender isn't intimidated by his reputation.

"I will try to make it 7-0," said the poster-boy of Indian boxing. "I do not want to bad-mouth him but I am ready for the bout. I can beat him because 'Singh is King'."

Vijender has been unstoppable ever since he plunged into pro-boxing over a year back. He has knocked out his opponents six times in a row and is storming towards his WBO Asia Pacific Super middleweight title. A win on Saturday will guarantee him the belt.

However, he said that the decision to move to Manchester and start a pro-career wasn't easy.

"Leaving the country was tough. Earlier I was alone in Manchester but now I have made a few friends. Participating in pro-league is a good step. I have done it. It will be good for the others too. They will not have to face as many obstacles now."

Perhaps the timing of his decision was right. With no Boxing Federation in place for almost four years and the administration in a quandary, Vijender was forced to take the next step. And he said that it is time for the government to come up with a solution for boxing now.

"The government needs to save Indian boxing. It is time for us (boxers) to act."

He is confident that the trio who have qualified for Rio can bring back medals only if they get the "right support, money and facilities".

Vijender's heart reaches out to the boxers, who are left in the lurch. However, he knows a title on Saturday when he returns to the ring can be a game changer for Indian boxing.