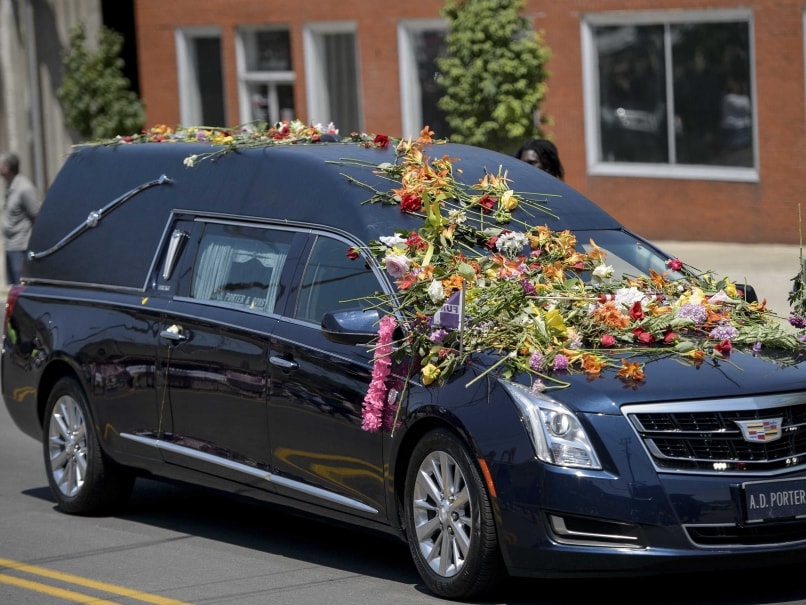 The hearse with the remains of boxing legend Muhammad Ali travels to Cave Hill Cemetery in Louisville on Friday.© AFP

Thousands of people on Friday cheered and threw roses in the streets of Muhammad Ali's hometown Louisville as they bade farewell to the boxing legend and civil rights hero known as "The Greatest."

A mass funeral procession, a private burial and public memorial service will wrap up two days of tributes to the three-time heavyweight world champion, who died last week at 74 after a long battle with Parkinson's disease.

For more than two hours, the funeral procession moved slowly through the city of 600,000 in the southern US state of Kentucky where Ali was born at a time of racial segregation.

The cortege passed by sites that were important to "The Champ": his childhood home, the Ali Center, the Center for African American Heritage - which focuses on the lives of blacks in Kentucky - and along Muhammad Ali Boulevard before arriving at the Cave Hill Cemetery for a hero's burial.

Fans were in a festive mood - taking photos, cheering, applauding and chanting Ali's name in the bright sunshine as they lined a route through the streets of Louisville, Kentucky's biggest city, that stretched about 18 miles (30 kilometers).

Spectators threw red roses and other flowers onto the hearse carrying Ali's remains, blocking much of its windshield by the end of the procession. About 20 limousines transporting Ali's family and close friends followed in the cortege.

Police officers jogged alongside the hearse as it passed Ali's boyhood home, to keep the large crowd out of the street.

"The kids love him, he's always stood for hope in this neighborhood," Toya Johnson, who wore an Ali T-shirt, told AFP.

"For the youth here, he is an example."

Born Cassius Clay in 1942, the boxer won Olympic gold and went on to a glorious professional career, with his epic fights -- like the "Rumble in the Jungle" with George Foreman and the "Thrilla in Manila" with Joe Frazier -- now the stuff of sports legend.

He shocked America by refusing to serve in Vietnam, a decision that cost him his title and his career for years. He earned scorn for his incendiary comments about his opponents, once calling Frazier a "gorilla."

But Ali later earned global respect as a civil rights activist who preached religious tolerance, and for his public battle with a disease that ravaged his once powerful body. 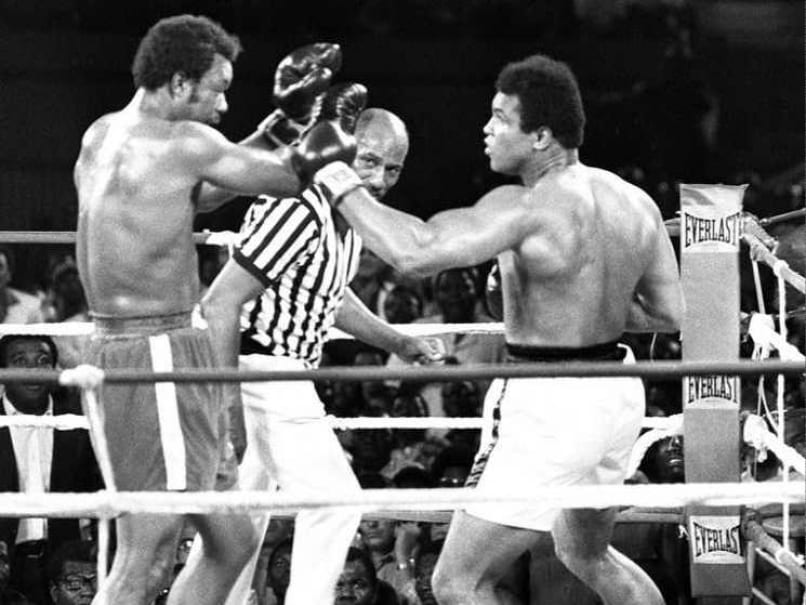 Actor Will Smith - who earned an Oscar nomination for his portrayal of Ali on the silver screen - and former heavyweight champions Mike Tyson and Lennox Lewis will be among the pallbearers at the burial, which is closed to the public.

Tyson's participation was only confirmed early Friday. "The grief that he showed was immense, he did not know at the time if he could do that emotionally... but apparently yesterday he decided he had to be here," family spokesman Bob Gunnell said.

An anonymous donor has pledged to cover the final path to the grave with red rose petals.

On Friday afternoon, Ali will be honored at an interfaith memorial service at a large sports arena that will bring together VIPs and fans alike, with former US president Bill Clinton and comedian Billy Crystal to give eulogies.

Some 15,500 people are expected to attend - with free tickets snapped up in a half-hour and a black market for the coveted tickets sprouting online.

Barack Obama will not be present at the funeral of the man he calls a "personal hero" since it coincides with his daughter Malia's graduation from high school.

But the US president published a video message Thursday in which he displayed two mementos given to him by "The Champ" - a book of photographs and a set of gloves - which he has kept near to him through his time in the White House.

"This week we lost an icon," Obama said in the message. "A person who for African Americans, I think, liberated their minds in recognizing that they could be proud of who they were."

"I grew up watching him. I grew up having my identity shaped by what he accomplished," he said. "The incredible gestures of love and support that he showed me was one of the great blessings of my life."

Turkish President Recep Tayyip Erdogan had been scheduled to attend Friday's memorial service but cut short his trip to the United States after a disagreement with funeral organizers, Turkish media reported.

Erdogan's bodyguards and US Secret Service agents had also clashed briefly at Thursday's Islamic prayer service as they jointly guarded the Turkish president, the newspaper said.

On Thursday, thousands came together for the Muslim service in remembrance of the champion, who converted to Islam in 1964, changing his name to Muhammad Ali.

Muslim men and women prayed in separate rows, most of the latter with their heads veiled.

The brief ceremony brought together dignitaries and ordinary fans, honoring a man known for both his tenacity in the ring and his social activism outside of it.

"My hero was locked in his body," said Louisville taxi driver Fred Dillon, referring to Ali's fight with Parkinson's.