Faced With AIBA Deadline, Indian Boxing Officials Get Down to Work

The International Boxing Association (AIBA) has given India time till May 14 to put together a new federation, failing which the country's boxers could be barred from competing at the Olympics. 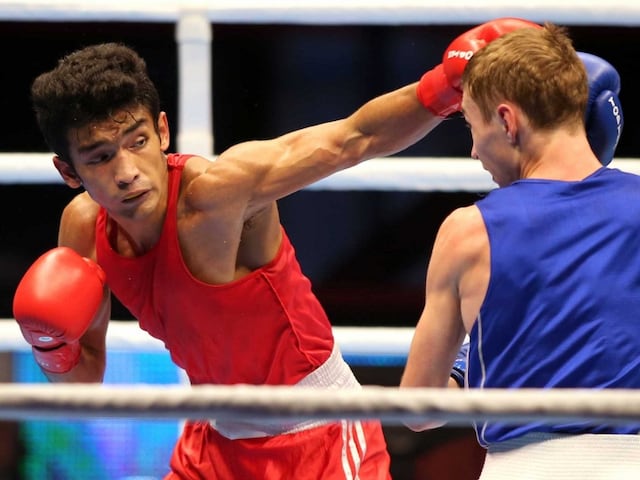 Shiva Thapa is the only Indian boxer to have qualified for the Rio Olympics so far.© AFP

The threat of an Olympic ban looming over Indian boxers, the bickering administrators on Thursday took the first step towards forming a new federation by calling for a stakeholders' meeting on April 16 to finalise the constitution and date for fresh elections. (Read more boxing stories here)

The International Boxing Association (AIBA) has given India time till May 14 to put together a new federation, failing which the country's boxers could be barred from competing at the Olympic Games in Rio de Janeiro.

Only one Indian boxer -- Shiva Thapa (56kg) -- has so far qualified for the Games. Both the men and women boxers have only one chance each left to make the cut for the August event. Eight Indian boxers -- seven men and one woman -- had qualified for the previous Olympics held in London in 2012.

The administrators, comprising representatives of most of the state units, on Thursday gathered in New Delhi for a meeting which was also attended by Sports Authority of India (SAI) Director General Injeti Srinivas and IOA officials, including its former President Randhir Singh.

In a stormy session of deliberations which became animated and loud on more than one occasion, the state units were told to apply for fresh membership so that a new body can take shape after the stakeholders' meeting in Kolkata.

"We certainly want our boxers to compete in the Olympics and that too under the India flag. So in the next meeting, the constitution would be finalised along with the date election," the SAI-appointed coordination committee head Asit Banerjee told PTI.

The election could be held in the mid-May just before the AIBA deadline expires and will have an observer from the world body to avoid any controversy.

India have been without a national federation for a year now after Boxing India (BI) was terminated owing to rebellion by state units. That termination was a continuation of a period of turmoil that originally began in 2012 when the erstwhile Indian Amateur Boxing Federation (IABF) was suspended due to manipulation of elections.

The buzz is that the IABF could even be revived as Indian Boxing Federation (IBF) to ensure that paperwork related to the registration of a new federation does not take long.

"Reviving the IBF is a viable option because it has already got affiliation from IOA and the Sports Ministry can also immediately start disbursing funds because there won't be any need for fresh registration," another official, who attended Thursday's meeting, said.

Another official present at the meeting was, however, not so optimistic about the outcome.

"This meeting today should have been enough to finalise the dates of election because there is very little time at hand. There was no need to postpone things for another meeting on April 16. I am not too optimistic about things even now," said a state association official.

Banerjee said one positive result of the meeting was getting the support of Indian Olympic Association (IOA), which had been antagonised after BI was formed. The IOA had steadfastly refused to grant recognition to BI till the time it was functioning.

"But they are cooperating now. The IOA is ready to send its observer for the elections. This should save us a lot of hassle," he said.

However, given the paucity of time it remains to be seen how smoothly the entire process is conducted to ensure that boxers do not suffer more.