All gold medal winners from this competition will be assured of a place in the World Championships team, said the Boxing Federation of India. 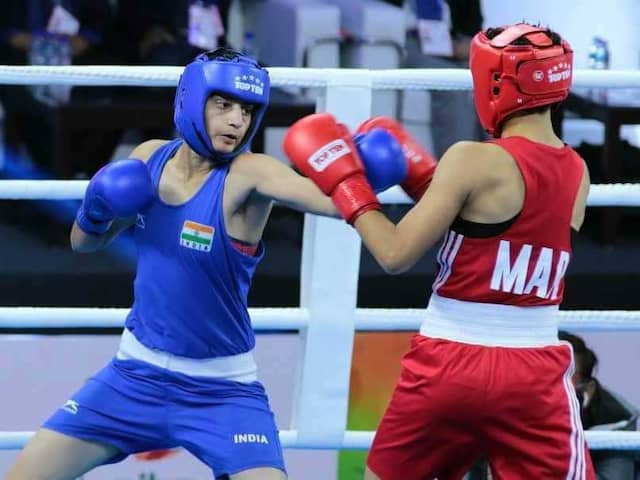 Commonwealth Games silver-medallist Satish Kumar (+91kg) and the fast-rising Sonia Chahal (57kg) entered the quarterfinals on an all-win opening day for India at the Asian Boxing Championships here. Satish out-punched Iran's Iman Ramezanpourdelavar to make the last eight, while world silver-medallist Sonia defeated Vietnam's Uyan Do Nha in the women's draw on Friday. "All the gold medal winners from this competition will be assured of a place in the World Championships team (scheduled in September this year)," Indian boxing's High-Performance Director Santiago Nieva told PTI.

In the morning session, national champion Deepak (49kg) and Rohit Tokas (64kg) advanced to the last-16 stage with confident victories. Joining them was Ashish (69kg), who defeated Cambodia's V Y Sophors in the evening session.

Satish, who won a bronze medal at the event in its 2015 edition, quite literally eased past his fumbling opponent, striking at will in a one-sided contest.

In the last Indian bout of the day, Sonia pounced on her overtly defensive opponent and produced a near flawless performance to clinch a 5-0 win.

Deepak opened the proceedings for India. He kept it simple and focussed on hitting straight to ensure clean and impactful punches. Danh wasn't exactly a pushover but lacked power in his attacks, not to mention the poor precision.

Rohit Tokas (64kg) was up against a more aggressive one in Lai but he hardly broke a sweat to advance. The Indian, who is a winner of three King's Cup bronze medals here, literally toyed with his rival, who seemed under-prepared for the bout.

Lai was cautioned several times for failing to keep his head up. He went for the jugular in the last three minutes but Rohit thwarted him with a smart defensive strategy that involved keeping the opponent at arm's length and avoiding the corners.

Over 100 women and 198 men boxers from 34 countries are vying for the top honours in the Championships.

The tournament has a Bout Review Process in place for any contentious decisions. Teams will be handed two yellow cards at the beginning of their respective bouts and coaches will have a minute after the bout to appeal against a decision. Cameras will record the bouts in slow motion for reviews and an observer will decide on the merits of the appeals.

In case the decision does not favour the team concerned, the national federation will have to pay USD 1,000 as a penalty.