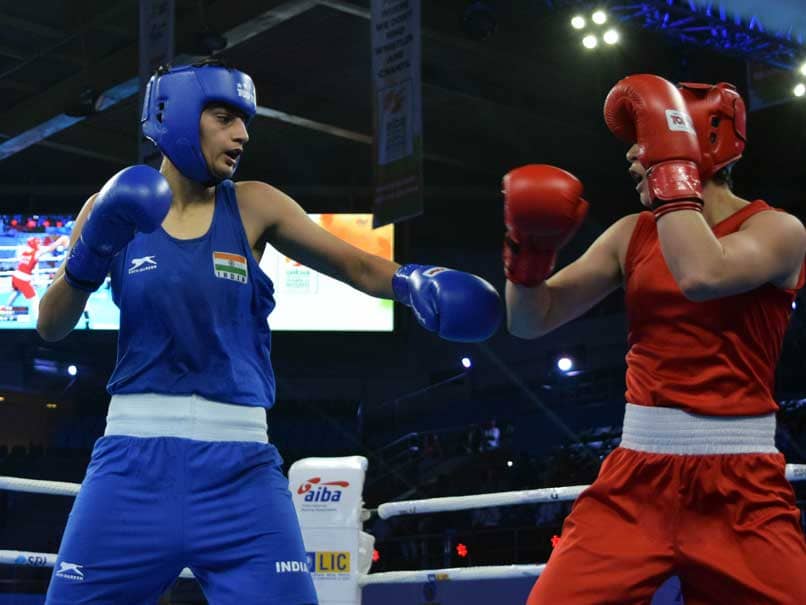 India's Sonia entered the final of the women's featherweight 57kg category of the AIBA Women's World Championships by beating Jo Son Hwa of North Korea on Friday. Sonia, who was adjudged the winner by unanimous 5-0 decision, became the second Indian to enter the final of the Boxing Worlds after veteran Mary Kom. However, it was the end of the road for Simranjit Kaur as she took home the bronze medal after being beaten by Dou Dan of China in semi-final of the women's light welterweight 64kg category. The Chinese boxer won the tie by a 4-1 split decision.

Earlier in the first bout, Sonia defeated her North Korean opponent for the second time in her career.

Now, Sonia will face Ornella Gabriele Wahner of Germany in the final on November 24.

Wahner defeated Jemyma Betrian of the Netherlands by a unanimous 5-0 decision to enter the finals.

"I never imagined that I will reach the final. But it is happening and I am in the World Championships final at such a young age. I am doing this in front of my home crowd. I am very happy," Sonia said after the win.

Mary Kom, a five-time world champion, will be looking to script history by winning a record sixth gold. She will face Hanna Okhota of Ukraine in the final of women's 48 kg light flyweight category.

With two bronze medals already won and two gold medal round bouts yet to come, India has produced its best ever show since the 2008 edition when the country won 1 gold, 1 silver and 2 bronze.

India can beat this 2008 performance if both Mary Kom and Sonia win a gold each on Saturday.

Comments
Topics mentioned in this article
Mary Kom Boxing
Get the latest updates on IPL 2020, check out the IPL Schedule for 2020 and Indian Premier League (IPL) Cricket live score . Like us on Facebook or follow us on Twitter for more sports updates. You can also download the NDTV Cricket app for Android or iOS.