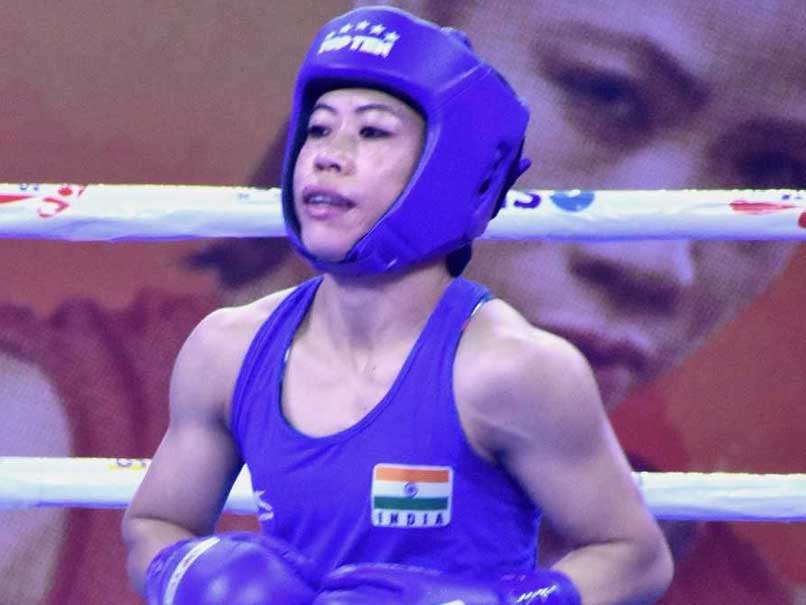 Five-time world champion MC Mary Kom edged closer to a historic sixth gold when she beat North Korea's Kim Hyang Mi in the semi-finals of the women's 48 kg light flyweight category in the AIBA Women's World Championships in New Delhi on Thursday. Mary Kom, who won the bout through a unanimous decision, will meet Hanna Okhota of Ukraine in the final. The 35-year-old boxer had previously won the gold medal in 2002, 2005, 2006, 2008, 2010 editions of the Championships. Apart from this, she had also won the silver medal on her debut in 2001.

Mary Kom, who is still tied with Katie Taylor of Ireland on five gold medals, has an opportunity to become the most successful women's boxer if she beats Hanna Okhota in the final.

Lovlina Borgohain, who was the other Indian the fray, took home the bronze after losing her women's 69 kg welterweight semi-finals to Chinese Taipei's Chen Nien-Chin.

"I have beaten the North Korean opponent in the Asian Championships last year and that time it was a one-sided bout. But win or lose, every boxer always learn and I think she has learnt(from that bout). At the same time I also have learnt and I came prepared to defend and counter. I am happy that I am in the final," she said after the bout.

In the final, Mary Kom will face Ukraine's Hanna Okhota whom the Indian had beaten in a tournament in Poland this year.

"I have beaten her in Poland. I will read that bout and plan the strategy. I hope to beat her again."

Mary Kom will also aim to win her second gold in front of the home crowd.

Talking about her bout, Lovlina said, "According to me, the bout was all right but not that good as I would have expected. But I gave my 100 per cent. A point was cut from me in the final round, but there was a lot of closing, pulling and pushing from both of us. I lost because of the point reduction (due to the warning)."

Comments
Topics mentioned in this article
Mary Kom Boxing
Get the latest updates on IPL 2021, check out the IPL 2021 Schedule and Indian Premier League Live Score . Like us on Facebook or follow us on Twitter for more sports updates. You can also download the NDTV Cricket app for Android or iOS.