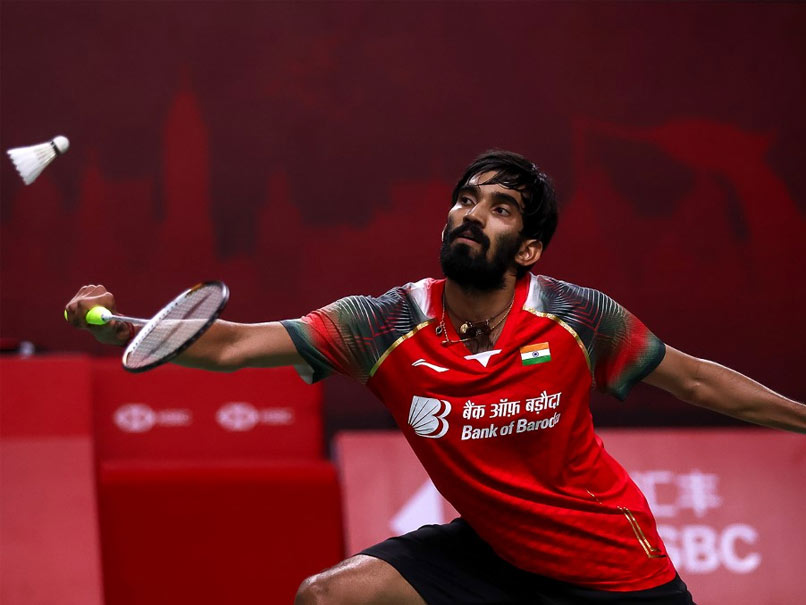 Already out of contention for the knockouts, ace Indian shuttler Kidambi Srikanth's campaign in the BWF World Tour Finals ended on a disappointing note as he went down 21-12 18-21 19-21 to Hong Kong's NG Ka Long Angus, on Friday. The world number 14 Indian claimed the first game of his third and final round-robin match but his opponents, placed 8 in the BWF rankings, rallied to win the next two games and seal the issue in his favour.

The men's singles Group B match lasted one hour and five minutes.

Both players entered the inconsequential match with a 2-2 head-to-head record.

Srikanth's hopes of making the semifinals were dashed after he lost to World No.12 Wang Tzu Wei on Thursday. But just like in his match against Tzu Wei, Srikanth began on a strong note and took the lead in the first set without much effort. However, he failed to replicate his form of the first game in the remainder of the match and eventually bowed out with a defeat.

World champion PV Sindhu, who is also out of the knockouts reckoning, is scheduled to play Thailand's Chochuwong Pornpawee in her final outing of the prestigious tournament.

Chochuwong had beaten world number one Tai Tzu Ying of Taiwan 21-17 21-11 on Thursday to qualify for the knockout stage.

Comments
Topics mentioned in this article
Kidambi Srikanth PV Sindhu Badminton
Get the latest updates on ICC T20 Worldcup 2022 and CWG 2022 check out the Schedule, Live Score and Medals Tally. Like us on Facebook or follow us on Twitter for more sports updates. You can also download the NDTV Cricket app for Android or iOS.