This Is The Golden Era Of Indian Badminton, Says Legend Nandu Natekar 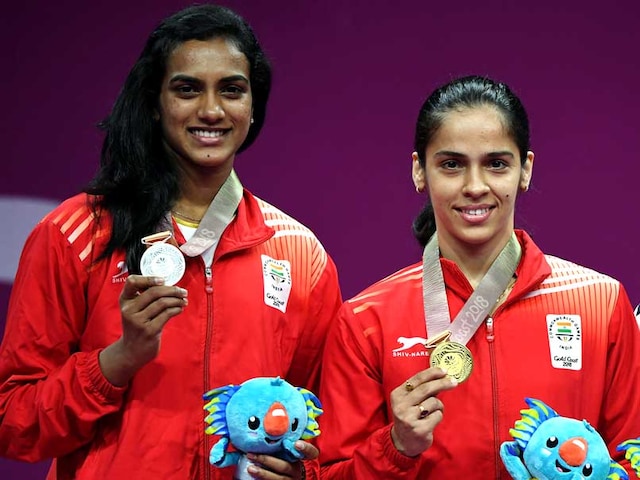 Badminton legend Nandu Natekar on Sunday hailed the consistently top notch show by the current lot of Indian shuttlers. He also endorsed another great Prakash Padukones oft-held view that the racquet sport is going through the golden era in the country. "Very true, that it's the golden era of the Indian badminton. It's so pleasing to see the names of the Indian girls in focus, and even the men, instead of Chinese, Thais and Malaysians (as was the case in the past). "It's a tremendous achievement and they deserve all the kudos," said the first Indian to win a badminton title overseas in 1956. Natekar was speaking at the Legends Club felicitation function to herald his 85th birthday at the Cricket Club of India. Comparing the strong points of the two top Indian women shuttlers, 2016 Olympic silver medalist PV Sindhu and 2012 Olympic bronze winner Saina Nehwal, he said, "Sindhu uses her height to her advantage. Saina is a great fighter."

Natekar, who made it to the quarter-finals of the then unofficial All-England Championship in 1954 in his only appearance in the prestigious tournament, described the country's top male shuttler Kidambi Srikanth as "a class player".

He said badminton, over the years, has "progressed by leaps and bounds in speed, commitment and fitness levels of the players".

"I once watched Wong Peng Soon (former All England champion of Singapore and his idol) play a match here and then make five rounds of the ground and (I too) tried to do the same, but could not finish even one lap," he said in a light-hearted manner.

Looking back at his glittering career that started in 1951 and ended in 1965, the shuttle legend, who bagged the maximum number of votes in 1954 in a newspaper survey about the most popular sportsperson even edging out cricket icon Vinoo Mankad, who came second, said he was a self-taught man.

"I was never coached. I learned watching others playing. You should keep on watching (others play)," remarked Natekar, who won six national men's singles titles, as many doubles titles and five mixed doubles crown an unparalleled feat.

Natekar was the recipient of the Arjuna Award in the year of its inception in 1961 but strangely was never considered for the Padma awards and never got one too.

"I never thought about it (not getting Padma award). I used to forget about my matches soon after they got over and concentrated on music," declared the Sangli-born great, who now lives in Pune with son and ex-national tennis champion, Gaurav, and his family.

Anil Pradhan, a former national men's doubles champion and coach of former top woman shuttler Aparna Popat, in his keynote address, acclaimed the classical style of play of not only Natekar but another former great late Suresh Goel and their on-court rivalry.

"It was like a 'jugalbandi' (collaboration) what Natekar played was replicated a few shots later by Suresh. Both were very good in anticipating the rivals strokes," said Pradhan.

Pradhan also touched upon a statistical point that Maharashtra has not produced a national champion in men's singles other than Natekar and Rajeev Bagga (1991).

"There were 13 national junior boys' champions in this period but none went on to win the seniors' title. In contrast, out of 12 junior girls' champions, eight became national women's singles champions too," noted Pradhan.

Comments
Topics mentioned in this article
Saina Nehwal PV Sindhu Kidambi Srikanth Badminton
Get the latest Cricket news, check out the India cricket schedule, Cricket live score . Like us on Facebook or follow us on Twitter for more sports updates. You can also download the NDTV Cricket app for Android or iOS.