Praneeth, currently ranked 22 in the world, had upset Olympic champion Chen Long in the Swiss Open semi final on Saturday. 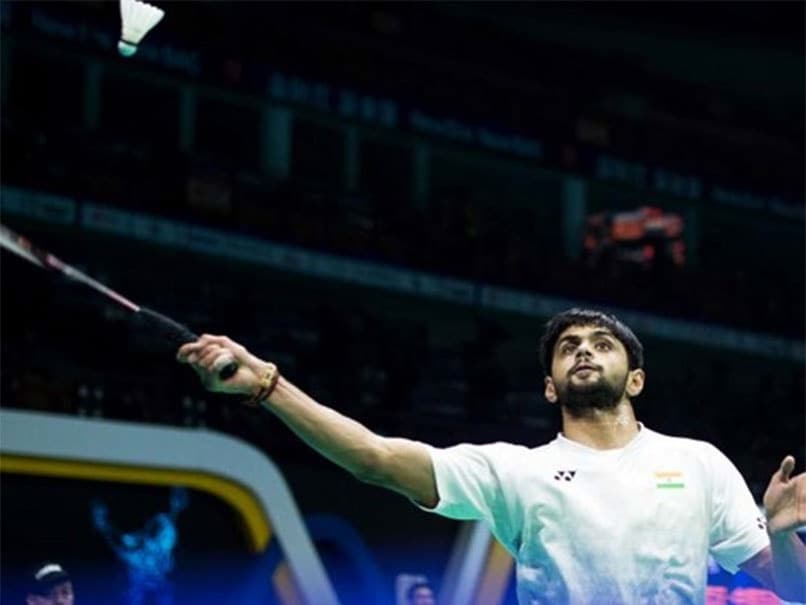 Sai Praneeth has put up a stunning show in the Swiss Open this week.© AFP

Despite a brave performance, Sai Praneeth fell just short of a historic win in the final of the Swiss Open, losing to World No.2 Shi Yuqi 21-19, 18-21, 12-21. His opponent, China's Shi Yuqi, the 2019 All England Open champion, sometimes looked unprepared for the level of competition Praneeth brought to the court on Sunday. There had been only one meeting between the two before this, which Yuqi had won more comfortably. Praneeth, currently ranked 22 in the world, had upset World No.5 and Olympic champion Chen Long in the semi final on Saturday 21-18, 21-13.

The confidence of Praneeth's cross-court smashes and the ease with which he was returning the Chinese shuttler's smashes stunned the Basel crowd and might even have put the World No.2 off his game initially. Praneeth led Yuqi 11-9 at the interval in the first game, grabbing the momentum with four consecutive points after the interval. Yuqi clawed back a spate of points to take the game to a nervy finish, but Praneeth managed to win the final two points of the game to clinch it 21-19.

There was a bit of controversy in the second game. A smash by Praneeth was called in despite having landed outside the court. Yuqi did not even think the point would require a challenge but it was too late to refer when he finally realized the point had gone against him. Through all the confusion of the second game, Praneeth maintained a slender lead as his more vaunted opponent looked to run out of ideas. However, the tide turned at the very end as Yuqi took an 18-17 lead and finally closed it out 21-18.

Praneeth started to look weary as the third game commenced, as the momentum seemed to have decisively shifted in the Chinese shuttler's favour. He managed to stay close to Yuqi's score before the interval, but could not muster any defence after it, finally losing it 12-21.

Parupalli Kashyap, Ajay Jayaram, Sameer Verma and Shubankar Dey were the other Indians who were in the fray but had crashed out earlier at the Swiss Open.

Comments
Topics mentioned in this article
Badminton B. Sai Praneeth
Get the latest updates on IND vs NZ 2021, check out the Schedule and Live Score . Like us on Facebook or follow us on Twitter for more sports updates. You can also download the NDTV Cricket app for Android or iOS.