Saina Nehwal went down 15-21, 19-21 in the 37-minute match against World No.1 Tai Tzu Ying of Taiwan in the quarters of All England Championship. 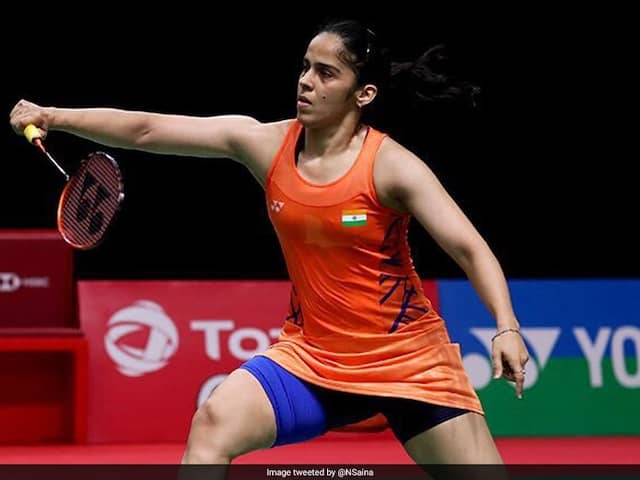 When India's top shuttler Saina Nehwal was struggling in her match against World No.1 Tai Tzu Ying of Taiwan in the quarters of All England Championship, Commonwealth Games gold medallist and her husband Parupalli Kashyap reportedly admonished her for playing weak shots. Saina had suffered defeats in 14 out of the 19 clashes against the Taiwanese shuttler and Friday was no different as she once again went down 15-21, 19-21 in the 37-minute match. The time when the Indian was trailing 3-11 during the break in the first game, Kashyap gave Saina an earful.

"If you want to win the match, understand that you have to be disciplined. You are playing some stupid shots," Kashyap reprimanded Saina for her weak shot making during the break following which she made a comeback to reduce the gap to 12-14 in the first game.

However, the 28-year-old could not stop her opponent from further stretching her lead and win the match comfortably.

After the first game, Kashyap was once again heard advising Saina: "Control the shuttle and go for the shots, like you did in the end. You were lifting the drop shots again and again and leaving your court open."

It seemed Saina took her husband suggestions seriously as she took an 8-3 lead in the second game as she worked hard to corner the Taiwanese around the court.

However, Tai Tzu came up with her delectable skills to reduce the gap before Saina took an 11-8 lead into the break.

Once Tai Tzu took a 14-13 lead, there was no looking back as she ran way with a slight 21-19 margin to enter the finals.