Olympic champion Chen Long delighted the home crowd as he defeated world number one Viktor Axelsen of Denmark to win the China Open for a fourth time on Sunday. 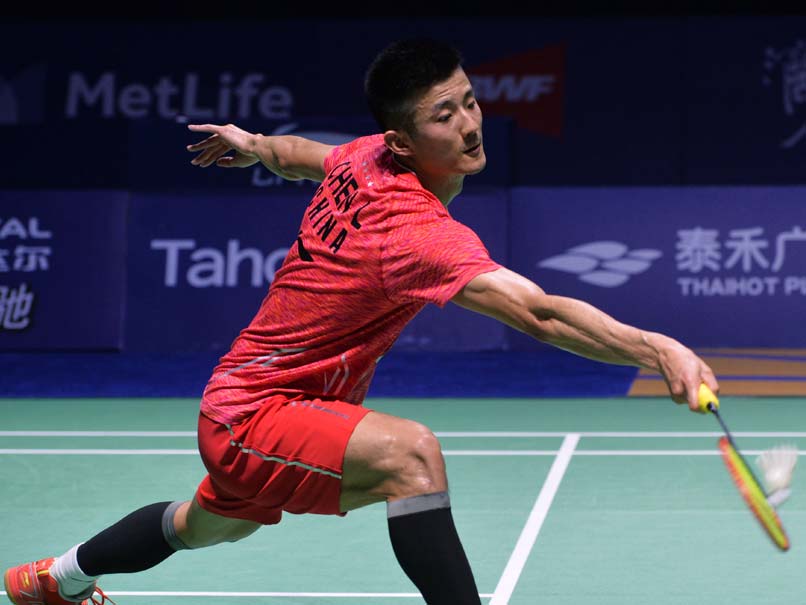 It was Chen Long's first China Open crown since 2013.© AFP

Olympic champion Chen Long delighted the home crowd as he defeated world number one Viktor Axelsen of Denmark to win the China Open for a fourth time on Sunday. The sixth-seeded Chinese emerged from a see-saw battle 21-16, 14-21, 21-13 in Fuzhou, getting the better of the world champion and top seed in 72 engrossing minutes. The 23-year-old Axelsen has had a superb year, winning the world title and becoming the leading figure in the men's game.

But Sunday's defeat extends his poor run against the more experienced Chen, 28, who has now won eight of their nine meetings.

It was Chen's first China Open crown since 2013.

There was to be no Chinese fairytale however in the women's decider.

Fifth seed Yamaguchi had been favourite against the 19-year-old Gao, who miraculously reached the final having never previously won a Superseries main-draw match.

It all proved too much for the teenager on the day, even with the backing of the noisy home crowd, with the 20-year-old Yamaguchi coming through 21-13, 21-15 in 41 minutes.

Comments
Topics mentioned in this article
Viktor Axelsen Badminton
Get the latest updates on IPL 2020, check out the IPL Schedule for 2020 and Indian Premier League (IPL) Cricket live score . Like us on Facebook or follow us on Twitter for more sports updates. You can also download the NDTV Cricket app for Android or iOS.