Swiss Open: PV Sindhu entered Round of 16 after defeating Yigit Neslihan of Turkey 21-16 21-19 in the first round. 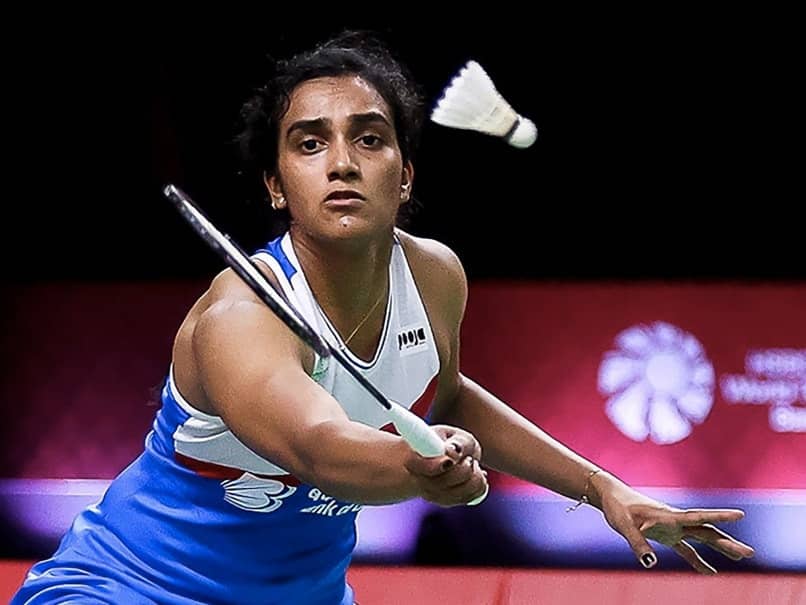 Top Indian shuttlers PV Sindhu and Kidambi Srikanth entered the Round of 16 at the Swiss Open Super 300 tournament after their respective wins in the women's and men's singles competitions on Wednesday. While world champion Sindhu beat Yigit Neslihan of Turkey 21-16 21-19 in her first round match that lasted 42 minutes, Srikanth staved off a spirited challenge from compatriot Sameer Verma to make a winning start to his campaign. The second seeded Sindhu will next face Iris Wang of USA in her Round of 16 match on Thursday.

The fourth seeded Srikanth, an Olympic hopeful, will be up against France's Thomas Rouxel in the Round of 16. Rouxel beat Canada's Xiaodong Sheng 21-18 21-14 in another first round match.

He faces eight seed Kunlavut Vitidsarn of Thailand in the Round of 16. Ajay Jayaram also won his first round match against Sitthikom Thammasin of Thailand 21-12 21-13 to enter the round of 16 where he will face third seed Rasmus Gemke of Denmark.

Last night, Indian mixed doubles pair of Satwiksairaj Rankireddy and Ashwini Ponnappa notched up an upset 21-18 21-10 win over the world no 8 and second-seeded Indonesian pair of Hafiz Faizal and Gloria Emanuelle Widjaja in the opening round.

Satwik and Ashwini, who reached the semifinals of the Toyota Thailand Open Super 1000 event in January, had earlier defeated the Indonesian combination at the Yonex Thailand Open in a thrilling three-game match in January.

The world number 19 duo, who have been training under new foreign coach Mathias Boe for the last one month, will face another Indonesian pair -- Rinov Rivaldy and Pitha Haningtyas Mentari -- next.

Another Indian shuttler, Pranaav Jerry Chopra, who was returning to action after a COVID-19 pandemic break, didn't have a good outing as he along with his mixed doubles partner N Sikki Reddy lost 18-21 15-21 to the third-seeded English pair of Marcus Ellis and Lauren Smith in 39 minutes.

Swiss Open is the first event of the extended Olympic qualification period which will end on June 15.