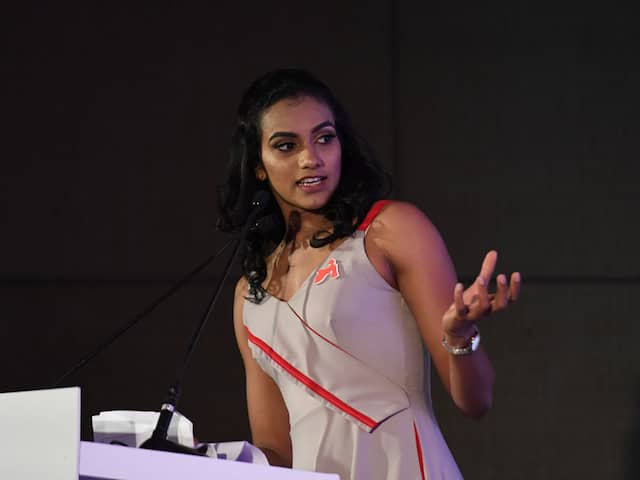 The #MeToo movement has taken social media by storm.© AFP

Rio silver medallist PV Sindhu on Wednesday encouraged people from various walks of life to step out and speak on harassment but distanced herself from the comments of senior shuttler Jwala Gutta, who had alleged "mental harassment" by an unnamed coach. "I appreciate that people have come forward and spoken about it. I respect it," Sindhu said on the sidelines of a promotional event in New Delhi.

On being asked if she was aware of any such incident in her sport, she said, "Well I don't know about seniors and coaches. As far as I am concerned, it's been fine and good for me." Sindhu's comments came a day after Jwala alleged mental harassment by a coach, without taking names.

"Maybe I should talk about the mental harassment I had to go through. Since 2006, since this person became the chief ..threw me out of national team inspite of me being a national champion. The latest was when I returned from Rio, I am out of national team again. one of the reasons I stopped playing!!" Jwala took to Twitter to write.

"So when this person couldn't get through to me...he threatened my partners, harassed them...made sure to isolate me in every manner...even after Rio...the one who I was gonna play mixed (doubles) with was threatened..and I was just thrown out of the team," she added.

"Now there have been a lot of changes in the country. We women should be brave enough, we can achieve our dreams and shouldn't be scared of anything," Sindhu said.

Comments
Topics mentioned in this article
Jwala Gutta PV Sindhu Badminton
Get the latest Cricket news, check out the India cricket schedule, Cricket live score . Like us on Facebook or follow us on Twitter for more sports updates. You can also download the NDTV Cricket app for Android or iOS.