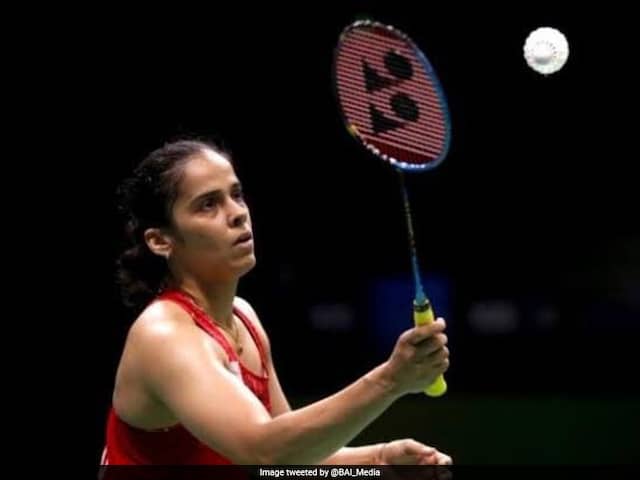 Saina Nehwal last won a title way back in January when she won at Indonesia Masters.© Twitter

Shuttlers Saina Nehwal and Lakshya Sen will lead the Indian challenge at the Saarlorlux Open Super Tour 100 tournament beginning in SaarLorLux, Germany on Tuesday. Saina will be looking to add to her title wins for the year with her last victory coming way back in January at the Indonesia Masters. Top seed in the women's singles category, 29-year-old Saina will start her campaign against Germany's Fabienne Deprez.

She is also one of only two players in the draw who are ranked within the top 10 of the world rankings. The other is Olympic champion Carolina Marin, who incidentally is the player Saina beat in the final of the Indonesia Masters when the Spaniard pulled out due to an injury.

Saina had broken a string of first round exits at the French Open by reaching the quarterfinal, where she lost to Korea's teen star and eventual champion An Se Young. Marin also suffered at the hands of Young, losing to the 17-year-old in the final and settling for a second place finish in Paris.

He will be looking to win his third title this season, having already secured wins at the Belgian International and the Dutch Open.

The other Indian players in the men's singles category are Kiran George, Mithun Manjunath and Rahul Bharadwaj.

Comments
Topics mentioned in this article
Saina Nehwal Badminton Carolina Marin
Get the latest Cricket news, check out the India cricket schedule, Cricket live score . Like us on Facebook or follow us on Twitter for more sports updates. You can also download the NDTV Cricket app for Android or iOS.